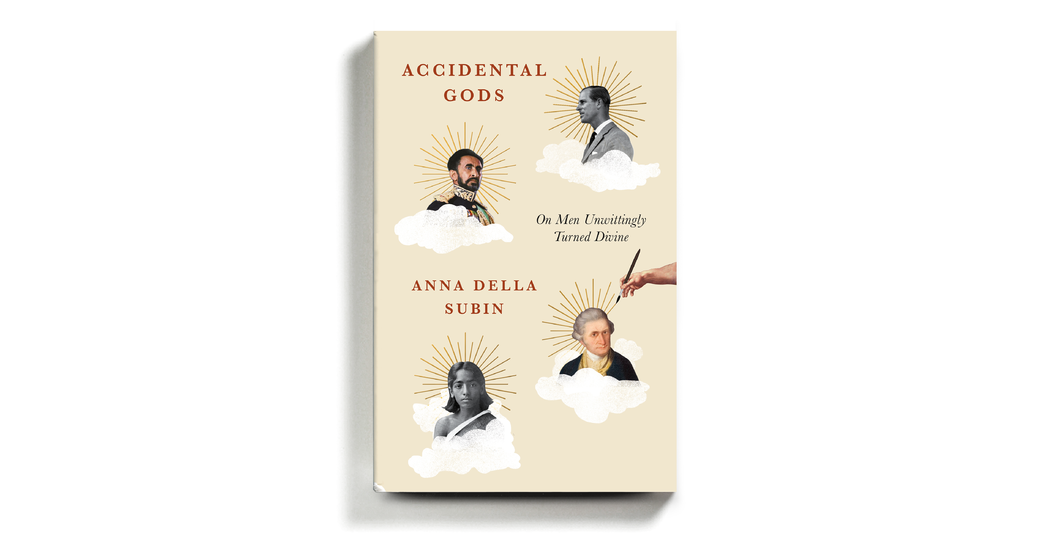 Subin, who studied at Harvard Divinity School, clearly delights in such curious details, and “Accidental Gods” is brimming with them — though in addition to the strange, almost scriptural stories she tells, she also has some connections and ideas to explore. This roving and ambitious book is focused on the making of modern gods instead of ancient ones — on the way that Western thought in the modern age was supposed to reflect a progressive disenchantment, a rejection of irrational impulses, but was nevertheless “built upon two altars, of Greco-Roman classicism and Christian creed,” Subin writes, “both of which had men-becoming-gods at their centers.” Belief, in other words, was at the core of modernity, even if that belief was (hypocritically) denied. The philosopher Bruno Latour has defined the modern person as “someone who believes that others believe.”

“Accidental Gods” doesn’t follow a strict chronological order, but its overall sweep moves backward in time, starting with 20th-century deifications in a decolonizing world and ending several hundred years before, with divinizations of European explorers in the New World. In between are several chapters on the British Raj, including a fascinating explanation of how Britain’s imperial reach — with its bureaucracy and data collection — allowed the study of comparative religion to flourish, giving rise to European scholars who proclaimed their expertise on the belief systems of various colonies even without ever stepping foot in any of them.

Subin shows how these scholars’ theories of religion owed quite a lot to their own preoccupations, like a fixation on the notion of “pure” religion and belief, and the assumption that Christianity was the one “rational” faith. This concept of religion — “as a private mystical germ, stripped away from any political or economic context” — meant that the Europeans viewed the locals’ willingness to see the divine in any manner of people and things as proof of an inherent backwardness. She gives the example of the German philologist Friedrich Max Müller, whom she depicts as so caught up in his own pristine theories that he paid no attention to the actual conditions under which his evidence was collected: “The professor erased the mosquitoes, and the sleepless nights, and the violence of an army coming over a hill.”

Part of what Subin sets out to do is to restore some of this texture, showing how each apotheosis was embedded in a particular historical context. She explains that Gen. Douglas MacArthur, the supreme commander for the Allied powers, was in fact deified four different ways — in Japan (after encouraging Emperor Hirohito to undeify himself), Panama, New Guinea and South Korea. And therein, she says, lies the paradox of how some autocratic figures were worshiped democratically, against their own will: “General MacArthur was American destruction incarnate, and he was four ways of imagining the earth renewed.”

If there is a pattern that emerges in this book, it has to do with divinization’s double-edge. On the one hand, Subin says, deification has been used to subjugate, to colonize, to oppress. It was used by the Europeans as evidence that Indigenous people were so childlike that they could mistake white explorers for gods. Subin also reminds us that reports of these deifications were often delivered by the explorers themselves, who recalled being asked if they had descended from the heavens — even though this recollection could have itself constituted a minor miracle, given that the explorers often didn’t speak a word of the Indigenous language.