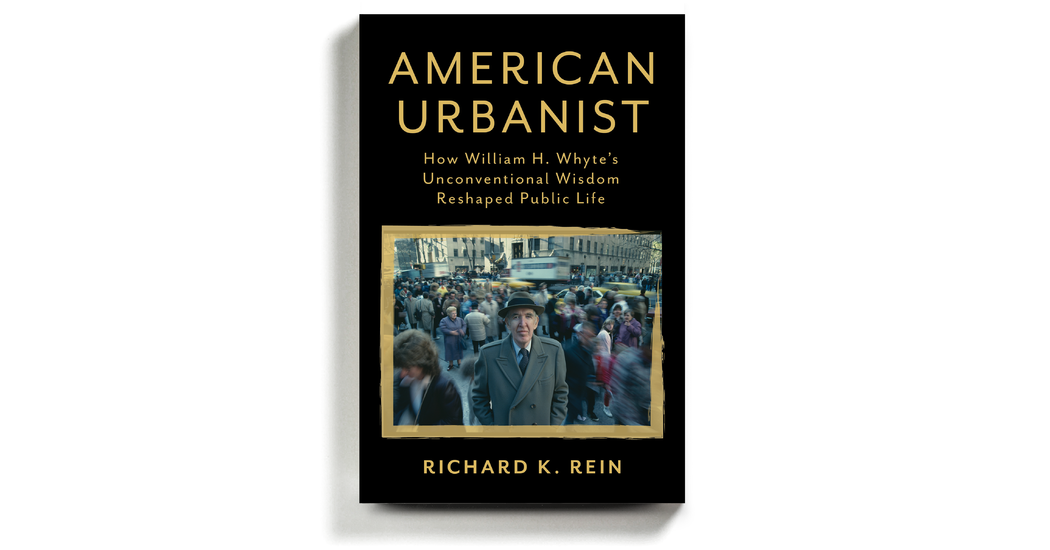 William H. suffered, too, perhaps, from doing many different things well — defying easy categorization, leapfrogging across disciplines. (“There are no good generalists,” a former boss once darkly remarked to me.) “What are you now?” asked one foundation president, hoping to hire Whyte. “Private eye? Pundit? Consultant?”

Raised middle class in West Chester, Pa., Whyte, whose parents divorced, had been a distracted pupil at St. Andrew’s, a tiny private school in Delaware, but was nonetheless admitted to Princeton, where he seemed at first to be following the path of F. Scott Fitzgerald, writing a prizewinning play and short stories as W. Hollingsworth Whyte (sometimes appending a III). After graduation, “Holly,” as he was nicknamed, briefly sold Vicks VapoRub before eagerly enlisting in the Marines. To assuage the misery of the Guadalcanal campaign, he smuggled in muslin sheets and made cocktails of Pepsodent and medicinal alcohol, the kind of precise, take-you-there detail that makes one want to dawdle rather than race through Rein’s book. Whyte contributed to the Marine Corps Gazette before proceeding to magazine journalism.

This was the profession’s golden age — so much so that the cover of the 10th anniversary issue of Fortune, then a top-shelf sibling publication to Time whose contributors included James Agee and Alfred Kazin, was printed with actual gold. Whyte considered himself a literary contender, gleefully tweaking The New Yorker, which had a longstanding feud with Time Inc., in the pages of Harper’s and at college before that. He also knew his way around maps, graphs and charts. But more academically credentialed intellectuals sometimes sneered at him for his simplicity and direct style. “An earnest, optimistic Boy Scout,” one Ph.D. dismissed him in The New York Times Book Review. “The trouble is he isn’t really prepared.”

Rein trails his subject with a sure step. He first encountered Whyte’s ideas about challenging the status quo as a freshman at Princeton himself, and reported for Time and People. The two men never met, though Whyte once quoted U.S. 1, a community newspaper Rein founded about the Princeton-Route 1 corridor, praising it as “sprightly.” The threads of commonality between them hoist the story, rather than choke it. That social distancing makes Whyte’s work newly germane is a lucky break.