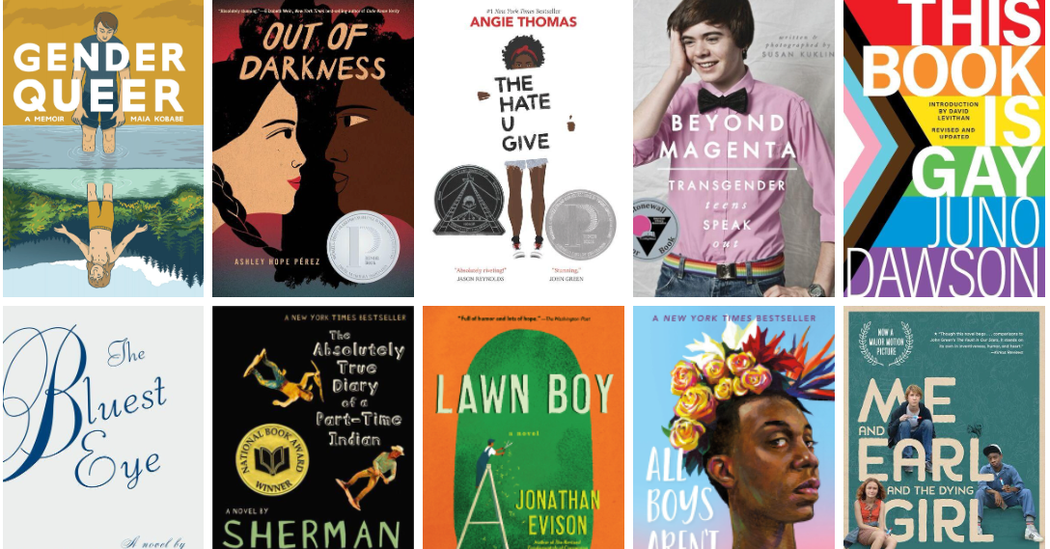 Attempts to ban books in the United States surged in 2021 to the highest level since the American Library Association began tracking book challenges 20 years ago, the organization said Monday.

Most of the targeted books were by or about Black and L.G.B.T.Q. people, the association said.

Book challenges are a perennial issue at school board meetings and libraries. But more recently, efforts fueled by the country’s intensely polarized political environment have been amplified by social media, where lists of books some consider to be inappropriate for children circulate quickly and widely.

Challenges to certain titles have been embraced by some conservative politicians, cast as an issue of parental choice and parental rights. Those who oppose these efforts, however, say that prohibiting the books violates the rights of parents and children who want those titles to be available.

“What we’re seeing right now is an unprecedented campaign to remove books from school libraries but also public libraries that deal with the lives and experience of people from marginalized communities,” said Deborah Caldwell-Stone, the director of the American Library Association’s office for intellectual freedom. “We’re seeing organized groups go to school boards and library boards and demand actual censorship of these books in order to conform to their moral or political views.”

The library association said it counted 729 challenges last year to library, school and university materials, as well as research databases and e-book platforms. Each challenge can contain multiple titles, and the association tracked 1,597 individual books that were either challenged or removed.

The count is based on voluntary reporting by educators and librarians and on media reports, the association said, and is not comprehensive.

Librarians and free speech advocates have also noticed an increase in heavy-handed tactics, including high-profile political pressure against certain books and legal threats against librarians responsible for choosing reading material — and even against the books themselves.

Gov. Glenn Youngkin of Virginia, a Republican, ran a campaign ad featuring a mother who did not want Toni Morrison’s “Beloved” to be a part of her son’s high school curriculum. Another Republican, Henry McMaster, the governor of South Carolina, asked for an investigation into what he called “obscene and pornographic” materials in the state’s public schools, specifically mentioning the book “Gender Queer: A Memoir,” by Maia Kobabe, which the library association said was the most frequently challenged book in the country last year.

A county prosecutor’s office in Wyoming considered criminal charges against library employees for stocking books such as “This Book is Gay” and “Sex Is a Funny Word.” A school board member in Flagler County, Fla., filed a complaint with the sheriff’s department against a book called “All Boys Aren’t Blue.”

Law enforcement officials determined there was no basis for a criminal investigation in either instance. But librarians say that just the specter of having to defend against charges, or to withstand such a public spectacle, is likely to have a chilling effect, discouraging library employees from ordering certain books in the first place.

The Push to Ban Books Across America

Here are the ten most frequently challenged books of 2021, according to the library association.

Evison’s 2018 novel follows a young Mexican American man who works as a landscaper and is coming to terms with his sexual identity. While it was written for adults, the novel found an audience with teens and won an Alex Award, a prize given by the Young Adult Library Services Association to books written for adults that hold appeal to young adults. Critics seized on a scene that describes a sexual encounter between two boys.

Evison has said he has received death threats as a result of the campaigns to ban his book.

4. ‘Out of Darkness,’ by Ashley Hope Pérez

Set in 1930s Texas, “Out of Darkness” centers on a romance between a Mexican American teenage girl and a Black teenage boy. The novel has been widely challenged, including by a parent at the Lake Travis Independent School District in Austin who complained about a passage where teenage boys make explicit sexual and racist comments about a Mexican American girl. Perez has argued that her novel deals with racism and sexual abuse because those are issues that young people confront in their own lives.

Thomas’s young adult debut novel centers on a Black teenage girl whose friend is shot by a police officer during a traffic stop. A best seller, it helped stir conversations about police violence, but has been challenged across the country for what critics say is profanity, violence and an “anti-police” agenda.

“There’s the assumption that it’s an anti-police book, when the fact is it’s anti-police brutality,” Thomas said in an interview with Entertainment Weekly.

6. ‘The Absolutely True Diary of a Part-Time Indian,’ by Sherman Alexie

Based on the author’s own experience, this young adult book follows a boy on the Spokane Indian Reservation who attends an all-white school where the only other Native American is the school mascot. It won a National Book Award in 2007 in the Young People’s Literature category.

The library association said it has been targeted for banning because of sexual references, profanity and the use of a derogatory term.

7. ‘Me and Earl and the Dying Girl,’ by Jesse Andrews

A novel about an awkward boy named Greg who hopes to make it through high school by keeping a low profile; his friend, Earl; and a girl who has cancer, whom Greg’s mom pushes him to befriend. A New York Times best seller, it was made into a movie written by Andrews and directed by Alfonso Gomez-Rejon.

The book has been challenged because it was considered degrading to women and sexually explicit.

8. ‘The Bluest Eye,’ by Toni Morrison

Published in 1970, Morrison’s debut novel is considered a canonical work of American fiction. Narrated by a Black girl in Ohio, the book follows a tragic heroine who believes that she is ugly, and prays for blue eyes.

The book has been challenged because it depicts child sexual abuse and because it was considered to be sexually explicit.

A nonfiction exploration of growing up as L.G.B.T.Q., this title addresses a variety of issues including sex, politics and stereotypes. The book has been challenged because of its L.G.B.T.Q. material and themes, and for “providing sexual education,” the library association said.

10. ‘Beyond Magenta,’ by Susan Kuklin

This book profiles the lives of six transgender or gender-neutral teenagers, largely in their own words. The book was challenged for its L.G.B.T.Q. content and because it was considered sexually explicit, the association said.