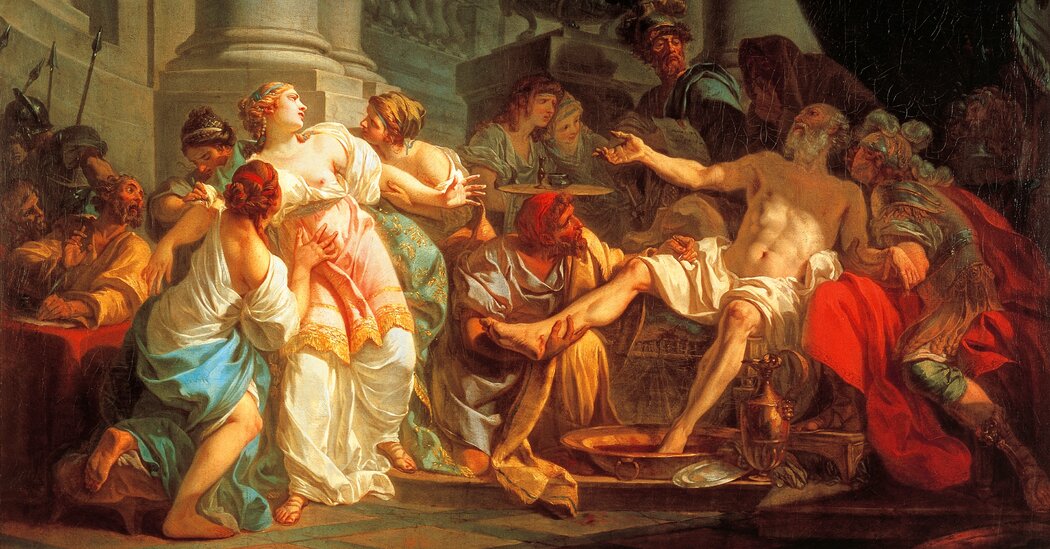 Stoicism is also a protocol of attentiveness, which makes it an attractive remedy for those who feel absented and estranged from themselves or the world. One of the recommended practices is the “daily review,” in which you take a moment each evening to reflect on the previous waking hours. The idea is not to flog yourself for mistakes but to acknowledge them with future improvements in mind. I find this to be a crafty psychological maneuver: Knowing, each morning, that I’ll have to reflect upon my day in detail that evening functions as a prophylactic against messing up too badly. (Sometimes.)

To the Stoics, lack of attentiveness amounted to psychological slavery. Both Epictetus, a former slave whose name means “owned,” and Seneca used the metaphor with an intent to startle. (Epictetus in particular enjoyed telling his wealthy aristocratic students that they were “slaves.”) The modern equivalent is probably the framework of addiction; today you’re less likely to complain about being “enslaved” by your phone than “addicted” to it. In both metaphors the absence of self-mastery and freedom derive from an external agent: for the enslaved person, his owner; for the addict, his substance.

When I first read Seneca in translation a few years ago, what I noted was less the content than the easygoing conversational style. “I am far from being a tolerable person, much less a perfect one,” he admitted to his friend Lucilius, to whom the “Letters From a Stoic” are addressed. I loved how he ended all of his dispatches with the word “Farewell” (vale in Latin), and it occurred to me at the time that “farewell” would make a nice email valediction, offering more warmth than a simple dash and communicating politeness without the formality of “best” or the mawkishness of “sincerely” or the overpromise of “yours.” I liked the way Seneca’s letters delivered their lessons succinctly, with no throat-clearing at the start or denouement at the finish. After a spiel about education in Letter 88, for example, he wraps up with:

When I revisited the Stoics at the onset of the pandemic, it was with the more serious intention of seeking instruction at a time of fear. But it was Seneca, again, who vibrated my heartstrings. His “Letters” were written to Lucilius while the latter was undergoing what we’d now call a midlife crisis, and they brim with both affection and rigor. “There are more things, Lucilius, likely to frighten us than there are to crush us,” Seneca wrote. “We suffer more often in imagination than in reality.”

Some contemporary proponents of Stoicism, like Massimo Pigliucci, present it as a strategy for living a meaningful secular existence, as though Stoicism might be swapped in for religion like Lactaid for regular milk. (Got a God intolerance? Try Epictetus!) Many emphasize the philosophy’s practical orientation. In “Breakfast With Seneca,” David Fideler calls it a “supremely practical philosophy.” In “The Daily Stoic,” Ryan Holiday and Stephen Hanselman propose Stoicism as “a set of practical tools meant for daily use.”

It would be a mistake to conflate “practical” with “easy.” As Pigliucci points out in “How to Be a Stoic,” “Philosophy is no miracle cure, and it should not be treated as one.” Pigliucci’s book does an excellent job writing about each stage of wrestling with a philosophical system, starting with what I’d call the “life hack” stage and progressing through the interrogation stage, the reconciling-of-internal-contradictions (especially between the earlier Greek Stoics and the later Roman Stoics) stage and, finally, into the actual adoption of Stoic exercises, of which he offers a large menu.