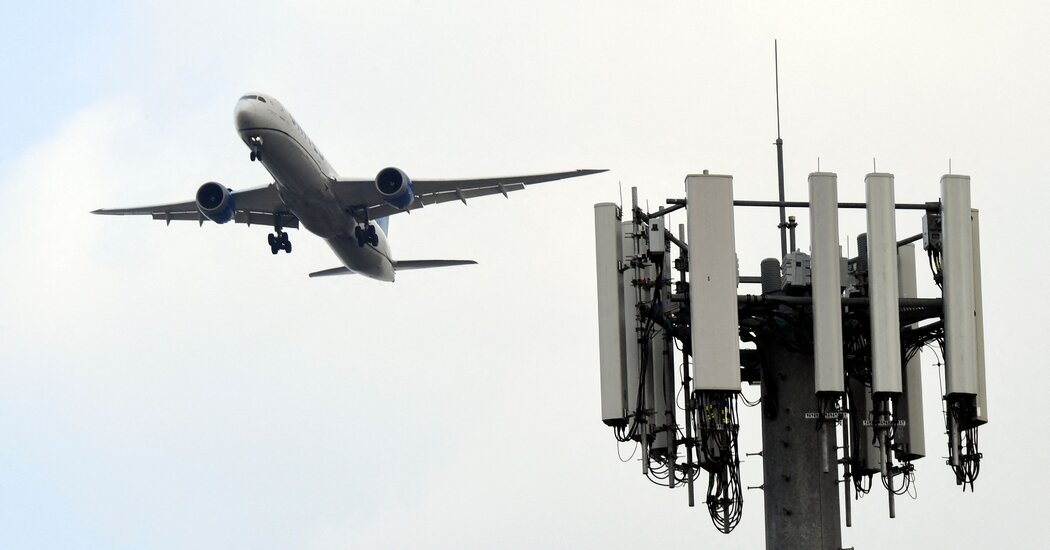 The Federal Aviation Administration said on Friday that it had reached an agreement with Verizon and AT&T on a way to expand 5G cellular service while allowing more aircraft to safely land at airports nationwide, cooling down a heated dispute between wireless providers and airlines.

At issue were concerns from airlines and the F.A.A. that a planned nationwide 5G expansion would threaten flight safety. The new generation of 5G service, which provides much faster access to the internet, uses so-called C-band frequencies, which are close to the portion of airwaves used by key safety devices.

A day before the planned expansion last week, AT&T and Verizon agreed to a compromise: They would continue with the rollout, but would not activate 5G within two miles of some airport runways, in line with a request from the aviation industry. The F.A.A.’s announcement on Friday suggested that all sides were progressing toward a more lasting solution.

The F.A.A. said in a statement that it “appreciates the strong communication” and collaboration from the wireless companies, which it said had provided more precise data about the location of wireless transmitters and had aided in a deeper analysis of how 5G signals interact with sensitive aircraft instruments.

“The F.A.A. used this data to determine that it is possible to safely and more precisely map the size and shape of the areas around airports where 5G signals are mitigated, shrinking the areas where wireless operators are deferring their antenna activations,” the agency said. “This will enable the wireless providers to safely turn on more towers as they deploy new 5G service in major markets across the United States.”

Verizon and AT&T declined to comment on the F.A.A.’s statement.

Nick Ludlum, the chief communications officer at CTIA, a wireless industry group, said the agreement was “a positive development that highlights the considerable progress the wireless industry, aviation industry, F.A.A. and F.C.C. are making to ensure robust 5G service and safe flights.”

Airlines for America, a trade group that represents the nation’s largest air carriers, welcomed the development. “While there is much work still to be done, the ongoing collaboration between the F.A.A., the aviation industry and the telecom companies is helping to safely reduce air travel and shipping disruptions as additional 5G towers are activated,” it said. “We look forward to achieving a more efficient permanent solution that will allow the U.S. to continue leading the world in aviation safety while also expanding our nation’s 5G network.”

Wireless providers have spent billions of dollars for access to airwaves for their 5G service, reflecting the importance of the next-generation network to their business ambitions. The rollout was set to begin in late December but was delayed multiple times out of deference to concerns from the aviation industry.

Airlines and the F.A.A. were particularly concerned that 5G could interfere with readings from radio altimeters, devices that determine the distance between planes and the ground. Such measurements are particularly important to pilots when visibility is low and are used in other critical systems in some planes.

President Biden had commended AT&T and Verizon last week for agreeing to delay deployment near major airports last week and said the compromise would still allow more than 90 percent of the planned service expansion to proceed. Since then, the F.A.A. has cleared an estimated 90 percent of the U.S. fleet of commercial airplanes to safely land where the new generation of 5G is deployed.