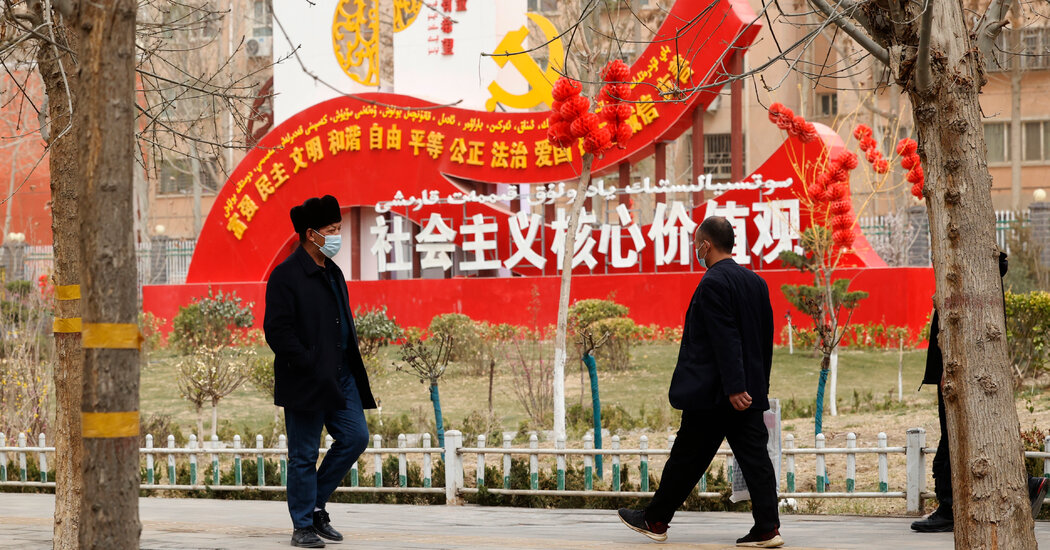 Twitter and Facebook said they have removed thousands of accounts connected to Chinese information campaigns, in the latest sign of Beijing’s ambitions to shape the global narrative around the country.

In a notice posted early Thursday, Twitter said that it took action against two networks comprising more than 2,000 accounts that worked to undermine accusations of human rights abuses in the western Chinese region of Xinjiang, where Chinese officials have interned Muslim minorities and subjected them to harsh surveillance.

Both networks promoted videos shot within Xinjiang that sought to portray the region as one of prosperity and freedom. One of the networks, which Twitter attributed to the Chinese Communist Party, also coordinated verbal attacks against activists and articles critical of China, while bolstering Chinese state media with positive comments and likes, according to a report on the takedown released by the Stanford Internet Observatory, a research group focused on the misuse of technology and social media.

The New York Times and ProPublica first identified a large number of accounts in the network in a June report about the campaign to project normalcy in Xinjiang.

Although many of the more than 30,000 tweets attributed to the network received little engagement, the use of harassment and hashtags indicated “an effort to reframe global debate or to crowd out critical/adversarial narratives,” the Stanford report said.

In a separate statement released late Wednesday, Facebook said it had taken down more than 500 accounts after they had helped to amplify posts from a fake Swiss biologist named “Wilson Edwards” who alleged the United States was interfering in World Health Organization efforts to track the origins of Covid-19. The fake scientist’s accusations were quoted by Chinese state media.

When the Swiss embassy in Beijing said “Wilson Edwards” did not exist, Facebook found that his account on the platform had been created less than 12 hours before it began posting.

The takedowns are the latest in a series of efforts by American social media companies to push back against Chinese information campaigns. Although blocked within China, Twitter and Facebook have become important avenues for shaping global opinions about China. In recent years, Chinese diplomats and state media have focused new efforts on building followings on the platforms.