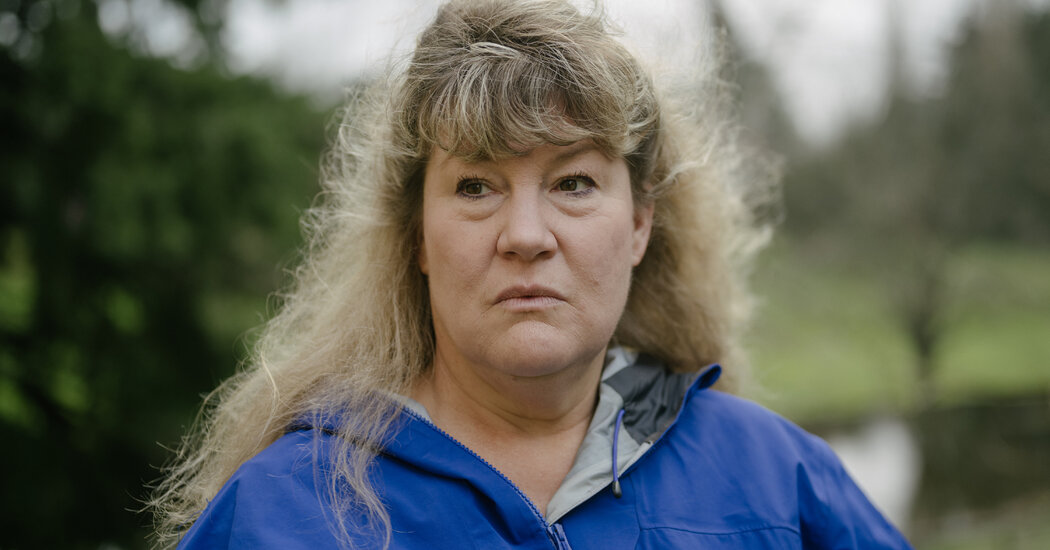 Plus the dread of contracting the coronavirus and yet another season of skirmishes with customers who refuse to wear masks.

A weary retail work force is experiencing the fallout from the latest wave of the pandemic, with a rapidly spreading variant cutting into staffing.

While data shows that people infected with the Omicron variant are far less likely to be hospitalized than those with the Delta variant, especially if they are vaccinated, many store workers are dealing with a new jump in illness and exposures, grappling with shifting guidelines around isolation and juggling child care. At the same time, retailers are generally not extending hazard pay as they did earlier in the pandemic and have been loath to adopt vaccine or testing mandates.

“We had gotten to a point here where we were comfortable, it wasn’t too bad, and then all of a sudden this new variant came and everybody got sick,” said Artavia Milliam, who works at H&M in Hudson Yards in Manhattan, which is popular with tourists. “It’s been overwhelming, just having to deal with not having enough staff and then twice as many people in the store.”

Ms. Milliam, a member of the Retail, Wholesale and Department Store Union, is vaccinated but contracted the virus during the holidays, experiencing mild symptoms. She said that fewer employees were working registers and organizing clothing and that her store had been closing the fitting rooms in the mornings because nobody was available to monitor them.

Macy’s said last week that it would shorten store hours nationally on Mondays through Thursdays for the rest of the month. At least 20 Apple Stores have had to close in recent weeks because so many employees had contracted Covid-19 or been exposed to someone who had, and others have curtailed hours or limited in-store access.

At a Macy’s in Lynnwood, Wash., Liisa Luick, a longtime sales associate in the men’s department, said, “Every day, we have call-outs, and we have a lot of them.” She said the store had already reduced staff to cut costs in 2020. Now, she is often unable to take breaks and has fielded complaints from customers about a lack of sales help and unstaffed registers.

“Morale could not be lower,” said Ms. Luick, who is a steward for the local unit of the United Food and Commercial Workers union. Even though Washington has a mask mandate for indoor public spaces, “we get a lot of pushback, so morale is even lower because there’s so many people who, there’s no easy way to say this, just don’t believe in masking,” she added.

Store workers are navigating the changing nature of the virus and trying their best to gauge new risks. Many say that with vaccinations and boosters, they are less fearful for their lives than they were in 2020 — the United Food and Commercial Workers union has tracked more than 200 retail worker deaths since the start of the pandemic — but they remain nervous about catching and spreading the virus.

At a Stop & Shop in Oyster Bay, N.Y., Wally Waugh, a front-end manager, said that checkout lines were growing longer and that grocery shelves were not being restocked in a timely manner because so many people were calling in sick with their own positive tests or those of family members.

That has forced remaining employees to work more hours. But even with overtime pay, many of his colleagues are not eager to stay in the store longer than they must. Mr. Waugh has started taking off his work clothes in his garage and immediately putting them in the laundry before entering his house — a routine he hadn’t followed since the earliest days of the pandemic.

“People are not nervous like when Covid first started,” said Mr. Waugh, who is a steward for the Retail, Wholesale and Department Store Union. “But we are gravely concerned.”

At a QFC grocery store in Seattle, Sam Dancy, a front-end supervisor, said many colleagues were calling out sick. The store, part of a chain owned by Kroger, has closed early several times, and customers are helping to bag their own groceries. There are long lines, and some of the self-checkout lanes are closed because employees aren’t available to oversee them.

“Some people are so tired of what’s going on — you have some that are exposed and some that are using it as an excuse to not have to work to be around these circumstances,” said Mr. Dancy, a member of the local food and commercial workers union, who has worked at the chain for 30 years. “I have anxiety till I get home, thinking, ‘Do I have this or not?’ It’s a mental thing that I think a lot of us are enduring.”

Shifting guidelines around isolation are also causing confusion at many stores. While H&M has instructed employees like Ms. Milliam to isolate for 14 days after testing positive for Covid-19, Macy’s said in a memo to employees last week that it would adopt new guidance from the Centers for Disease Control and Prevention that recommended shortening isolation for infected people to five days from 10 if they are asymptomatic or their symptoms are resolving.

But even if retailers shorten isolation periods, schools and day-care facilities may have longer quarantine periods for exposed families, putting working parents in a bind.

Ms. Luick of Macy’s said she felt the guidance was aimed at “constantly trying to get people to work,” and did not make her feel safer.

Even as Omicron spreads faster than other variants, employers have not shown a willingness to reinstitute previous precautions or increased pay, said Kevin Schneider, secretary-treasurer of a unit of the United Food and Commercial Workers in the Denver area.

Like many retailers, Kroger hasn’t provided hazard pay nationally since the early stages of the pandemic, though the union is negotiating for it to be reinstated. The chain has also discontinued measures like controlling how many customers are allowed in stores at a time. The union has been asking for armed guards at all of its stores in the Denver area as incidents of violence increase.

“The company says they are providing a safe environment for workers to do their jobs in,” Mr. Schneider said. “We don’t believe that.”

In a statement, a Kroger spokeswoman said, “We have been navigating the Covid-19 pandemic for nearly two years, and, in line with our values, the safety of our associates and customers has remained our top priority.”

The company added that frontline employees had each received as much $1,760 in additional pay to “reward and recognize them for their efforts during the pandemic.”

Some workers have reached another breaking point. In Jacksonville, Fla., one Apple Store employee organized a brief walkout on Christmas Eve to protest working conditions after he witnessed a customer spitting on his colleague. Dozens of people at other stores also participated.

“It was my final straw,” said Daryl Sherman II, who organized the walkout. “Something had to be done.”

In some cases, municipalities have stepped in to obtain hazard pay for workers. In Seattle, Kroger has been required to pay grocery store employees like Mr. Dancy an extra $4 an hour based on local legislation.

More broadly, the staffing shortages have put a new spotlight on a potential vaccine-or-testing mandate from the Biden administration, which major retailers have been resisting. The fear of losing workers appears to be looming large, especially now.

While the retail industry initially cited the holiday season rush for its resistance to such rules, it has more recently pointed to the burden of testing unvaccinated workers. After oral arguments in the case on Friday, the Supreme Court’s conservative majority expressed skepticism about whether the Biden administration had legal authority to mandate that large employers require workers to be vaccinated.

The National Retail Federation, a major industry lobbying group, said in a statement last week that it “continues to believe that OSHA exceeded its authority in promulgating its vaccine mandate.” The group estimated that the order would require 20 million tests a week nationally, based on external data on unvaccinated workers, and that “such testing capacity currently does not exist.”

When the top managers at Mr. Waugh’s Stop & Shop store began asking employees whether they were vaccinated in preparation for the federal vaccine mandates that could soon take effect, he said, a large number expressed concern to him about being asked to disclose that information.

“It was concerning to see that so many people were distressed,” he said, though all of the employees complied.

Ms. Luick of Macy’s near Seattle said that she worked with several vocal opponents of the Covid-19 vaccines and that she anticipated that at least some of her colleagues would resign if they were asked to provide vaccination status or proof of negative tests.

Still, Macy’s was among major employers that started asking employees for their vaccination status last week ahead of the Supreme Court hearing on Friday and said it might require proof of negative tests beginning on Feb. 16.

“Our primary focus at this stage is preparing our members for an eventual mandate to ensure they have the information and tools they need to manage their work force and meet the needs of their customers,” said Brian Dodge, president of the Retail Industry Leaders Association, which includes companies like Macy’s, Target, Home Depot, Gap and Walmart.

As seasonal Covid-19 surges become the norm, unions and companies are looking for consistent policies. Jim Araby, director of strategic campaigns for the food and commercial workers union in Northern California, said the retail industry needed to put in place more sustainable supports for workers who got ill.

For example, he said, a trust fund jointly administered by the union and several employers could no longer offer Covid-related sick days for union members.

“We have to start treating this as endemic,” Mr. Araby said. “And figuring out what are the structural issues we have to put forward to deal with this.”