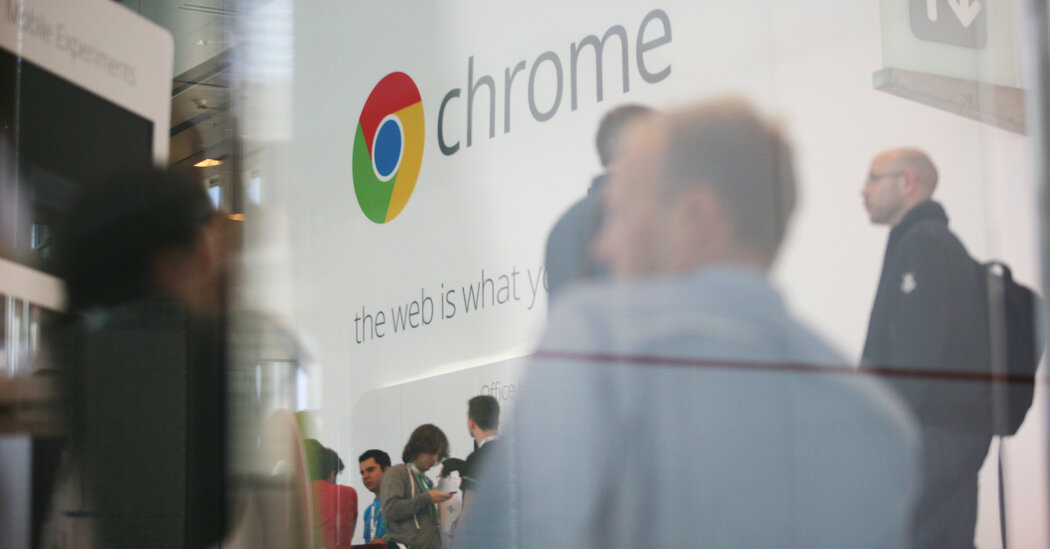 When Google announced a plan to block digital tracking cookies from its Chrome web browser two years ago, the advertising industry and regulators worried that the proposal would further entrench the search giant’s dominance over online ads.

The outcry eventually forced Google to delay its rollout by nearly two years to late 2023.

On Tuesday, Google said it was scrapping its old plan and offered a new way to block third-party trackers in Chrome with an online advertising system called Topics. The new system would still eliminate cookies, but it would inform advertisers of a user’s areas of interest — such as “fitness” or “autos and vehicles” — based on the last three weeks of the user’s web browsing history. The Topics will be kept for three weeks before they are deleted.

Google’s plan to eliminate cookies by the end of next year is a potentially huge shift for the digital advertising industry, though it is not clear if the new method, which the company will start testing in the first quarter this year, will be any less alarming to advertisers and regulators. Google Chrome, the world’s most widely used web browser, is used by two of every three people surfing the internet, according to StatCounter.

Google said in 2019 that it would do away with third-party trackers in Chrome through an initiative called the Privacy Sandbox. The trackers allow ad services to follow users around the web to learn about their browsing habits. The company later unveiled a plan known as federated learning of cohorts, or FLoC. It was intended to allow advertisers to target groups of users, based on common browsing history, instead of individuals.

Apple has also cracked down on advertisers, limiting their ability to track users as they browse the web. Last year, the company introduced App Tracking Transparency, which allows users to block apps from tracking them, a decision that caused concern at Facebook and other major advertisers.

Since marketers rely heavily on cookies to target ads and measure their efficacy, Google’s privacy proposal led to worries that it would strengthen the company’s hold on the industry because Google already knows so much about the interests and habits of its users. Privacy experts feared that the cohorts could expose users to new forms of tracking.

Google’s proposal also caught the eye of regulators. The European Union said it was investigating the plan as part of an inquiry into Google’s role in the digital advertising market. Last year, Britain’s Competition and Markets Authority reached an agreement with Google to allow the regulator to review changes to trackers in Chrome as part of a settlement of another investigation.

Topics will address some of the concerns raised by privacy advocates about FLoC, preventing more covert tracking techniques, Google said. It aims to preserve user privacy by segmenting its audience into larger groups.

Google said there had been tens of thousands of potential cohorts under the previous plan, but that it would reduce the number of Topics to fewer than a few thousand. The company said users would be able to see what topics were associated with them, and remove them if they chose.

Google said Topics would use human curators rather than allow machine learning technology to generate user groups, as the FLoC plan did. This will eliminate the possibility that groups might be based on sensitive characteristics like sexual orientation or race, Google said.

“There were a couple of research studies that showed concern over this happening,” Vinay Goel, who oversees the Privacy Sandbox initiative at Google, said in an interview. “We didn’t find evidence that it was happening.”

Peter Snyder, director of privacy at Brave, a privacy-minded search engine, said the changes with Topics did not address the core issues with Google’s previous proposal.

“At root is Google’s insistence on sharing information about people’s interests and behaviors with advertisers, trackers and others on the web that are hostile to privacy,” Mr. Snyder said in a statement. “These groups have no business — and no right — to learn such sensitive information about you.”

Google’s Topics plan echoes a revision made to its search product several years ago. In 2019, the company gave users the ability to set up their search history to automatically purge every three or 18 months. That made it harder for advertisers to target individuals with highly personalized ads based on their web traffic. Google also gave users the ability to disable it from recording search histories altogether.

Critics noted that the privacy controls were ineffective because they were difficult for the average person to find, and by default, Google continues to keep a permanent record of people’s search histories.