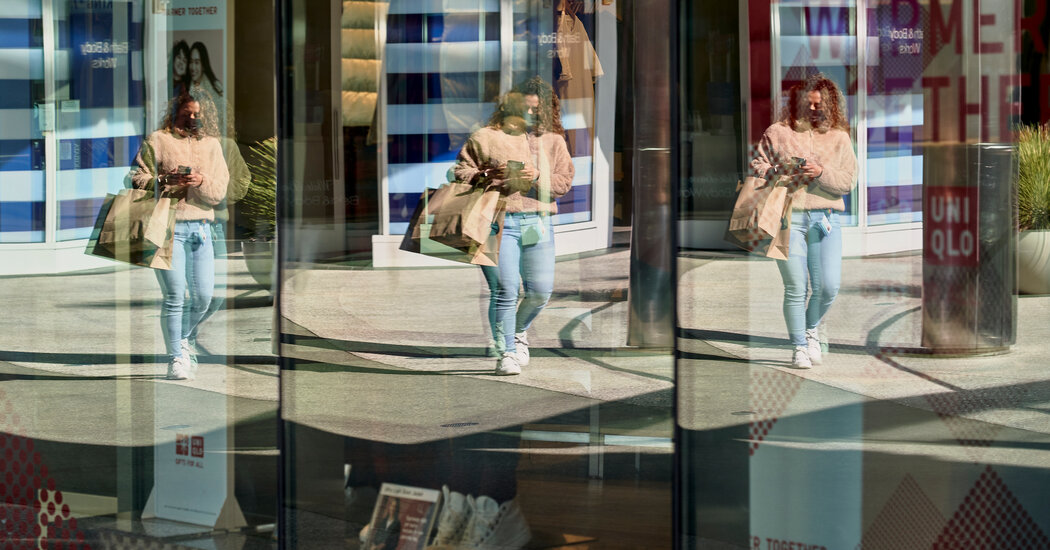 Aquan Brunson, 45 and from Brooklyn, used to buy three slices of cheese pizza from 99 Cents Pizza of Utica for lunch each day. But about three months ago, inflation ate away that third slice. The shop has pasted over its old sign to alert customers that it is now “$1.50 Hot Pizza.”

“The dollar doesn’t take us far,” said Mr. Brunson, patting his greasy lunch down with paper napkins on a gray December afternoon. “The cost of everything is going up.”

Consumers across the country can tell you that inflation has been high this year, evidenced by more expensive used cars, pricier furniture and the ongoing demise of New York City’s famous dollar slice. But until recently, policymakers in Washington responded to it with a common refrain: Rapid price increases were likely to be transitory.

Last week, policymakers said it was time to retire the label “transitory,” and acknowledged that the price increases have been proving more persistent than expected.

Jerome H. Powell, the Fed chair, said that while his basic expectation is that price gains will cool off, there’s a growing threat that they won’t do so soon or sufficiently.

“I think the risk of higher inflation has increased,” he said.

A fresh report set for release on Friday is expected to reinforce that concern. The Consumer Price Index could show that inflation picked up by 6.8 percent over the past year, the fastest pace in nearly 40 years. More worrisome for the Fed is that inflation is broadening to many products and services, not just those directly affected by the supply chain woes that have driven up prices for cars and electronics.

Here is a rundown about what to know about the price pops sweeping America and the world — and what to expect when new U.S. consumer price inflation figures are released on Friday.

When economists and policymakers talk about “inflation,” they typically mean the increase in prices for the things that people buy out of pocket — tracked by the Consumer Price Index, or C.P.I. — or the change in the cost of things that people consume either out of pocket or through government payments and insurance, which is tracked by the less-timely Personal Consumption Expenditures index.

Both measures are way up this year, and C.P.I. data set for release on Friday is expected to show that inflation picked up by the most since 1982. Back then, Paul Volcker was the Fed chair, and he was waging a war on years of rapid price gains by pushing interest rates to double digits to cripple business and consumer demand and cool off the economy. Today, interest rates are set at near-zero after policymakers slashed borrowing costs at the beginning of the pandemic.

There are plenty of differences between 1982 and today. Inflation had been low for years leading up to 2021, and pandemic-era lockdowns and the subsequent reopening are behind much of the current price pop.

Consumer demand surged just as rolling factory shutdowns and a reshuffle in spending to goods from services caused manufacturing backlogs and overwhelmed ports. That’s why policymakers were comfortable dismissing high inflation for a while: It came from kinks that seemed likely to eventually work themselves out.

But price gains are increasingly coming from sectors with a less clear-cut, obviously temporary pandemic tieback. Rents, which make up a big chunk of inflation, are rising at a solid clip.

“Housing — that is the key broadening,” said Laura Rosner, an economist at MacroPolicy Perspectives.

The potential for wider and more lasting price pressures have put Fed officials on edge. Policymakers at the central bank, who had been slowly tiptoeing away from supporting the economy, broadcast clearly last week that they are preparing to speed up the retreat.

“They know this report is coming,” Ms. Rosner said of Friday’s anticipated number. “It’s going to confirm and explain why we’ve seen such a sharp shift.”

Disruptions to the global flow of goods are not fading as quickly as policymakers had hoped. Additional virus waves have kept factories from running at full speed in Asia and elsewhere. Shipping routes are clogged, and consumers are still buying goods at a robust pace, adding to backlogs and making it hard for the situation to normalize.

Households have some $2.5 trillion in excess savings, thanks in part to pandemic-era stimulus, which could help to keep them buying home gym equipment and new coffee tables well into next year.

“The earliest we see things normalizing is really the end of 2022,” said Phil Levy, chief economist at the logistics firm FlexPort. When it comes to misunderstanding inflation, he said, “part of the problem is that we treated the supply chain like it was a special category, like food or energy.”

But as 2021 has made inescapably clear, the global economy is a delicately balanced system. Take the car industry: Virus-spurred semiconductor factory shutdowns in Taiwan delayed new car production. Given the dearth of new autos, rental car companies had to compete with consumers for previously owned vehicles, leaving shortages on used car lots. The chain reaction pushed prices higher at every link along the way.

Global snarls have also helped to push up food prices, as Abdul Batin, owner of 99 Cents Pizza of Utica, can attest. He plans to rebrand it as “$1.50 Pizza of Utica,” and explains that while some customers balked at the cost increase, he couldn’t help it.

“Everything is going up right now — cheese, flour, even the soda price,” he said.

Another thing that could keep inflation high? Wages are climbing swiftly, and some companies have begun to talk about passing those rising expenses onto customers, who seem willing and able to pay more. The Employment Cost Index, a measure the Fed watches closely, picked up notably in the three-month period that ended in September.

The risk is that this is an early, and still dim, echo of the kind of wage-and-price dynamic that helped to fuel higher prices in the 1970s and 1980s. Back then, unions were a much more powerful force, and they helped to make sure pay kept up with rising prices. Inflation and wage gains pushed each other into an upward spiral, to the point that price increases leapt out of control and demanded a Fed response.

In the years since, workers have typically had less formalized bargaining power. But employers are contending with labor shortages as the virus keeps many would-be employees on the sidelines and as demand booms. That is giving workers the ability to command higher pay as they face climbing costs themselves, and it is prompting many employers to lift wages to compete for scarce talent. That could keep demand solid by bolstering peoples’ wherewithal to spend.

“Looking ahead, businesses across all major sectors foresee continued widespread wage hikes,” the New York Fed reported in its section of the Fed’s Beige Book, an anecdotal survey of business and labor contacts carried out by regional Fed banks.

In Atlanta’s region, the Beige Book noted, “several contacts mentioned that labor costs were already being passed along to consumers with little resistance, while others said plans were underway to do so.”

Mr. Brunson — the pizza aficionado — works at a grocery store. They’ve raised his pay, he said, but it is not enough to keep up with climbing cost of food and other expenses.

“They gave us an extra dollar, but that’s just to offset the inflation,” he said. He and his family, three adult children who live with him, are coping by cutting back. “No eating out, less food, less meat.”