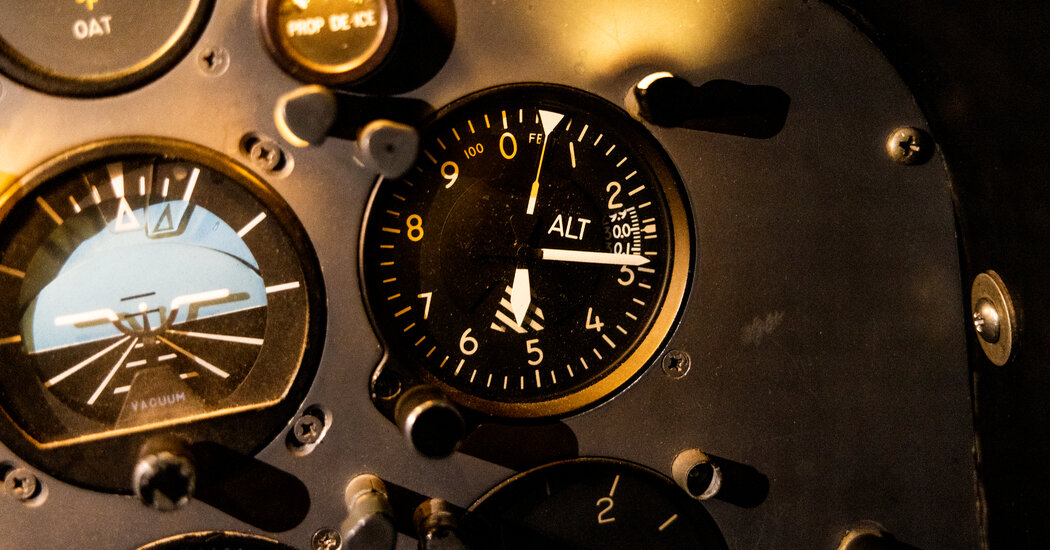 Altimeters are a key part of the 787’s landing system, turning on the reverse thrusters that slow the plane once it has landed. Mr. Lemme said a Boeing patent suggested that the function was totally automated, meaning that even a pilot landing a 787 manually would not be able to reverse the plane’s thrusters if the altimeter malfunctioned. The 787’s landing gear brakes, which are triggered by weight, would still function, as would its wing spoilers, which are only partly controlled by altimeter readings. But Mr. Lemme said a lack of reverse thrusters would make it difficult for pilots to stop planes before they reached the end of the runway.

“You absolutely could have some planes running through runways,” he said.

Boeing did not respond to a request for comment.

The F.A.A. on Friday issued a notification that it had detected “anomalies” that “regardless of weather or approach” could cause 5G interference to affect a number of the 787’s automated systems. “The presence of 5G C-band interference can result in degraded deceleration performance, increased landing distance and runway excursion,” the agency said. The notification covers 137 787s in the United States and more than 1,010 worldwide.

Why weren’t these concerns addressed earlier?

AT&T and Verizon’s decision to temporarily limit their new 5G network within two miles of airports should address many of these safety concerns — at least for now. But the start of 5G has been years in the making, raising questions about why airlines, the F.A.A., the wireless companies and the F.C.C. did not resolve them earlier.

Ms. Furchtgott-Roth said previous warnings from aviation experts had been ignored. She said that in December 2020, the Transportation Department sent a letter to the National Telecommunications and Information Administration warning that allowing 5G to operate in its proposed frequency band would cause problems for flight safety systems. She said that letter was never passed along to the F.C.C. and to wireless companies.

Instead, the F.C.C., relying on its own research that cleared 5G of safety concerns, went ahead with a planned auction. In February, carriers bid more than $80 billion to use that portion of the wireless spectrum for 5G.

“Wireless carriers have a right to expect a return on their investment,” Ms. Furchtgott-Roth said. “But you should be very happy that the F.A.A. is taking a strong stance to ensure people’s safety.”