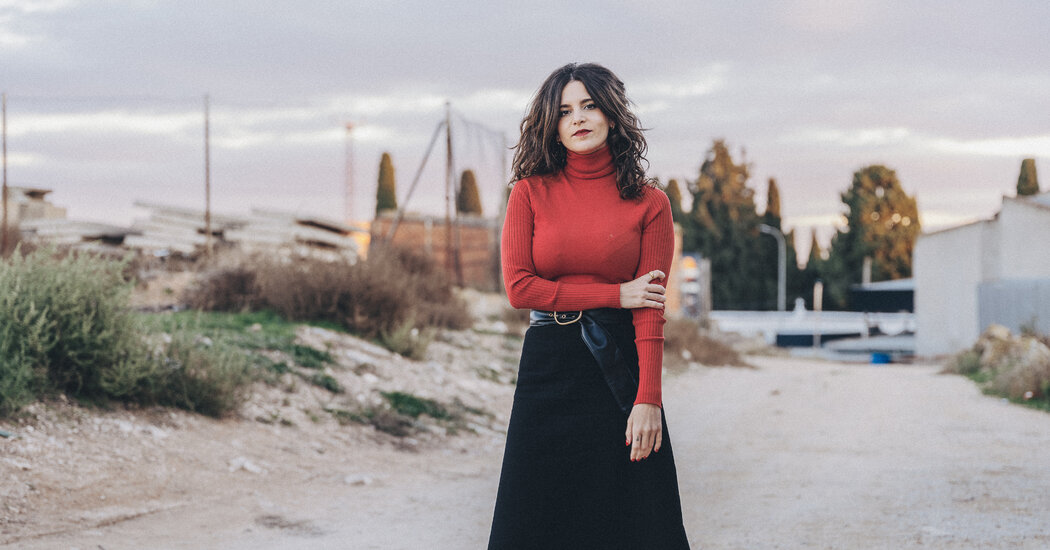 CAMPO DE CRIPTANA, Spain — In her debut novel, “Feria,” Ana Iris Simón begins with a poignant admission: “I’m jealous of the life that my parents had at my age.”

“Feria” is based on her childhood in the arid heartland of Spain, with parents who were postal workers and grandparents who were farmers on one side, traveling fairground workers on the other. Little happens, but that is intentional — she wants readers to appreciate her rural upbringing in Castilla-La Mancha, the region made famous by the Cervantes classic “Don Quixote.”

Ms. Simón, 30, also means, through her portrayal of how her family lived, to express ambivalence about what her generation has gained — university educations, travel, consumer goods — as well as their feelings of anxiety, especially when it comes to jobs and the economy. Ms. Simón herself lost her job as a journalist working for Vice magazine as she was writing “Feria.”

The book has struck a chord with readers, but it has also become a lightning rod in Spain’s emotional political debate, fueled by party fragmentation and polarization. Ms. Simón said her book had been interpreted as “a questioning of the dogmas of liberalism,” to an extent that she had not anticipated.

Her parents had a home and were raising a 7-year old daughter at the age when she was still trying to become a writer, Ms. Simón writes. “We, however, have neither a house, nor children, nor a car. Our belongings are an iPhone and an Ikea bookshelf. … But we convince ourselves that freedom means avoiding having children, a house and a car because who knows where we will be living tomorrow.”

Initially published in late 2020 by a small Spanish press, Circulo de Tiza, “Feria” has since been reprinted 13 times and sold almost 50,000 hard copies. It is getting distributed this month in Latin America by another publisher, Alfaguara, as well as translated into German. (There are no plans so far for an English translation.)

In the book, Ms. Simón describes her grandfather, José Vicente Simón, planting an almond tree on the outskirts of town, simply to tend it and watch it grow. During a visit to the area, the tree was thriving, and Mr. Simón and other characters from the novel were just as she portrayed them.

When Mr. Simón, 85, was told that he would be photographed for this article, he asked for time to spruce up and change clothes. He soon came back with an identical-looking cardigan, except that it was blue rather than brown. He had also changed his cap, to a thicker version made of felt.

“That’s just the way he is,” his granddaughter said with a chuckle. “He cares about little things that nobody else really notices.”

“I don’t believe things need to have a value or use, but they need to be enjoyed,” he said during a visit to his workshop. “The harmonograph works thanks to the law of gravity, and it seems magical that the drawings never come out exactly the same.”

As a student, Ms. Simón was an activist who joined a far-left protest movement in 2011 that occupied Puerta del Sol, a famous square in Madrid, to condemn political corruption and economic inequality, just months before the Occupy Wall Street movement followed suit in New York.

On the back of her novel’s success, Ms. Simón has taken on a larger role, and she was recently invited by Prime Minister Pedro Sánchez, a socialist, to give a speech about how to revive the Spanish countryside. She has also now become a columnist for El País, the Spanish newspaper.

Ms. Simón stressed that she remained far to the left of Mr. Sánchez’ politics and unhappy with his management of Spain, as well as opposed to a European Union that she blames for turning Spain into “the resort hotel of Europe.” She said that she was stunned not only by the success of her book, but also by how an ultranationalist and conservative audience had embraced “Feria” as an ode to Spain’s traditional family values, even though it discusses her parents’ separation and her gay brother. Last June, the leader of Spain’s far-right Vox party, Santiago Abascal, grasped a copy of “Feria” while addressing Congress.

“Some people have been reading my book as if it were the new ‘Mein Kampf,’ and they then are writing to me to say that they are disappointed to find that it has neither the strong political message that they had hoped for, nor the content that they had heard about,” she said.

According to Pablo Simón, a politics professor at the Universidad Carlos III in Madrid (who is not related to the writer), “Feria” has fueled Spain’s political debate because “even if it is a novel and not a political treaty, the book ascertains that the current generation is worse off than the previous ones, which is a claim that is easy for politicians to use, even if it is not necessarily based on facts.”

He added: “Our parents may have had fewer ambitions and faced less uncertainty, but it doesn’t mean that they were better off, and nostalgia also makes us forget the difficult and sordid aspects of the Spain of the 1970s and 1980s, including high drug consumption and joblessness during a very complicated industrial reconversion.”

Having recently become a mother, Ms. Simón now lives with her son and her partner, Hasel-Paris Álvarez, in Aranjuez, a town outside Madrid where her parents also live. While raising her child and writing for El País, Ms. Simón said, she had been trying to protect her family from the toxic comments her book has triggered on social media, from both the right and the left.

“We unfortunately live in a time when some people offend just for the sake of it, even if it gets nonsensical, to the point that I got attacked as a Red Fascist,” she said.

Ms. Simón said that she wrote “Feria” with limited ambitions, intending it as a record of a way of life that she fears will soon be lost. She recalled her father warning her that “although nobody else would read this, at least we have a lot of cousins who will buy the book.” Her grandparents met at a fair (“feria” in Spanish, which inspired the book’s title), after which, she wrote, “they only did two things: have children and travel Spain in the Sava minivan that they bought.”

But her book touches upon many other issues, from feminism to the importance of the Catholic Church in rural Spain. She also talks about the economic decline of Castilla-La Mancha, a region that she describes as “much sun and much wind and the sky and the orange-colored plain that are endless.”

And despite her nostalgia, Ms. Simón also shares bittersweet memories of how “I was ashamed that Campo de Criptana appeared on my identity card,” so that she would falsely claim Madrid as her birthplace instead. As to Spain’s identity as a nation, she wrote that “there is nothing more Spanish than asking what Spain is.”