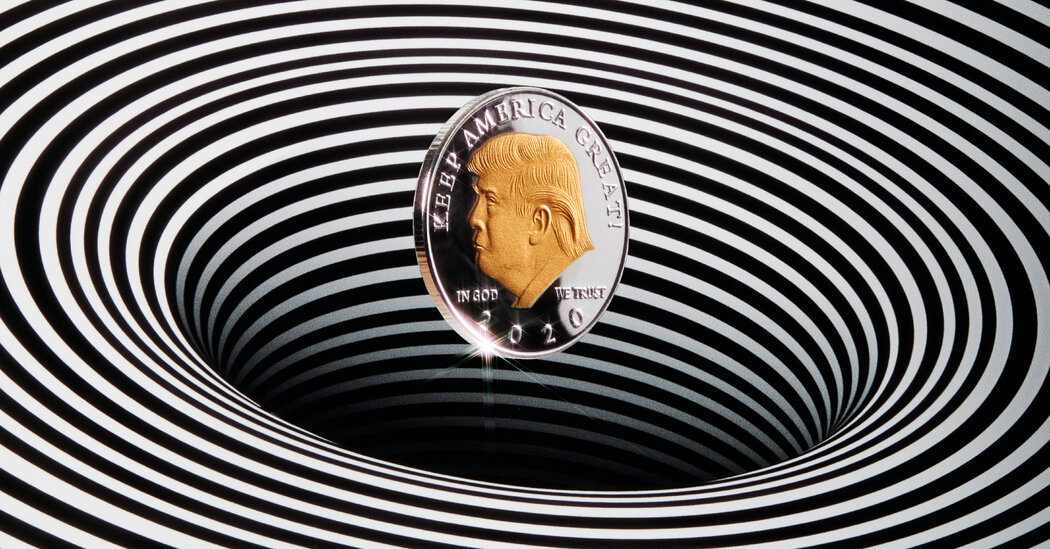 “For Black Hat people, I have bad news, because the A.I. is only going to get better and better at this,” he warned, adding that in the past, Stone Force “didn’t care a lot about compliance” because its ads were usually approved. Now it was considering hiring a dedicated compliance person to keep up with advertising rules, he said.

Rachel Edwards can’t remember where she first spotted the coin, but she thinks it was an ad on Facebook. Ms. Edwards, a mother of three from Alabama, said the coins immediately caught her eye — and so did the price, with a single coin costing nothing but shipping and handling.

“So I ordered five,” she said.

They arrived in about a week, packaged inside a simple padded envelope. The coins looked good, each in a protective plastic case, and she said they had enough heft to suggest they were real silver.

But there was something amiss.

“The bag they came in individually just had a sticker that said, ‘Made in China,’” she said.

Neil Segal, a dealer at Colonial Stamp and Coin in Kingston, N.Y., tested another Trump coin bought from the Raw Conservative Opinions Store. He used a device that detects precious metals.

He found no gold or silver. The coin was also magnetic, suggesting it was mostly made of iron.

Jack Batelic, a gold appraiser at PRS Gold Buyers in Newburgh, N.Y., tested the coin using a nitric acid solution. After he applied a blob to Mr. Trump’s gold-colored image, the area darkened, bubbled and then turned green.

What was it worth?