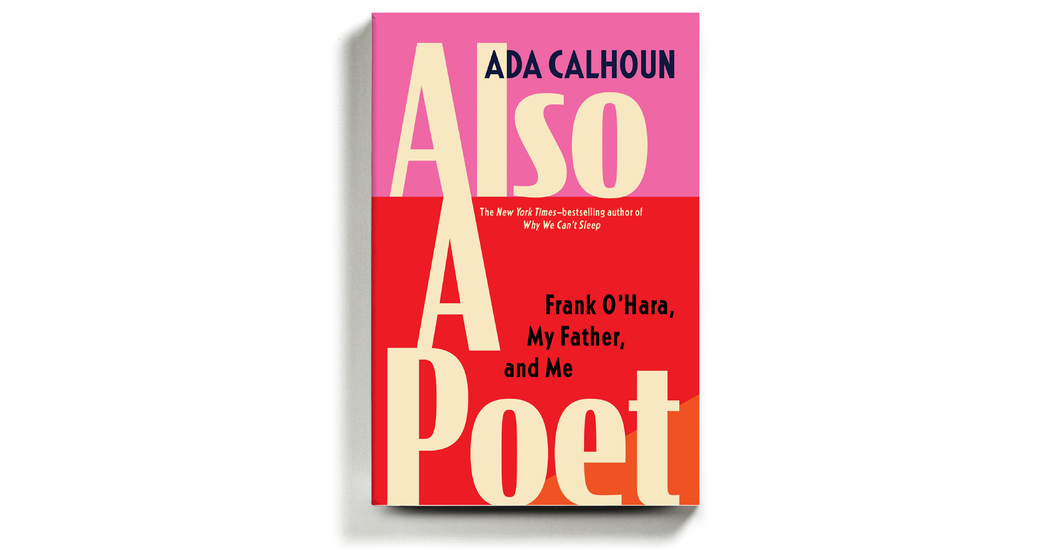 You could forgive Schjeldahl a little hubris if he didn’t seem so willfully oblivious to intellectual commonalities with his daughter, even the ones he’d helped to forge. “I didn’t know you were a Frank O’Hara fan,” he remarks when Ada announces her intentions, though years ago he’d given her a copy of “Lunch Poems.” “To me this seemed a little like not knowing your child was a vegan or a Theosophist or allergic to bees,” Calhoun writes.

He failed to acknowledge and even outright trashed books she had given him as presents, asked her to cook for a gaggle of Harvard acolytes (one of whom moved into her bedroom) and perhaps most gallingly cultivated a surrogate son and protégé, given the pseudonym Spencer here. When Ada studied Sanskrit, Schjeldahl was so disgusted at the prospect of her being an academic that he slammed a kitchen cupboard (though he’s otherwise known for leaving cabinets open). When Spencer took up Sanskrit, Schjeldahl crowed about him “expanding his erudition in all directions!”

Calhoun’s through-her-teeth hisses at her father’s fumbling are great, as are the tapes: snatches of poetry unto themselves. “In those days it seemed to snow more,” recalls Barbara Guest, another poet of the so-called New York School, dreamily remembering walks down Sixth Avenue with O’Hara. “We walked home in the snow and laughed and laughed and laughed.” Gorey admires O’Hara’s ease, how he would “sit down and tweedle, tweedle, tweedle, write another three-page poem, then off to the movies.”

“Biography is not a good idea,” Granville-Smith writes in a letter. To which Calhoun wonders mischievously “who would break the news to Ron Chernow.”

“Also a Poet” is packaged as a love triangle: father, daughter and O’Hara. It’s actually a tetrahedron from which all kinds of creative characters pop forth. It’s a big valentine to New York City past and present, and a contribution to literary scholarship, molten with soul.