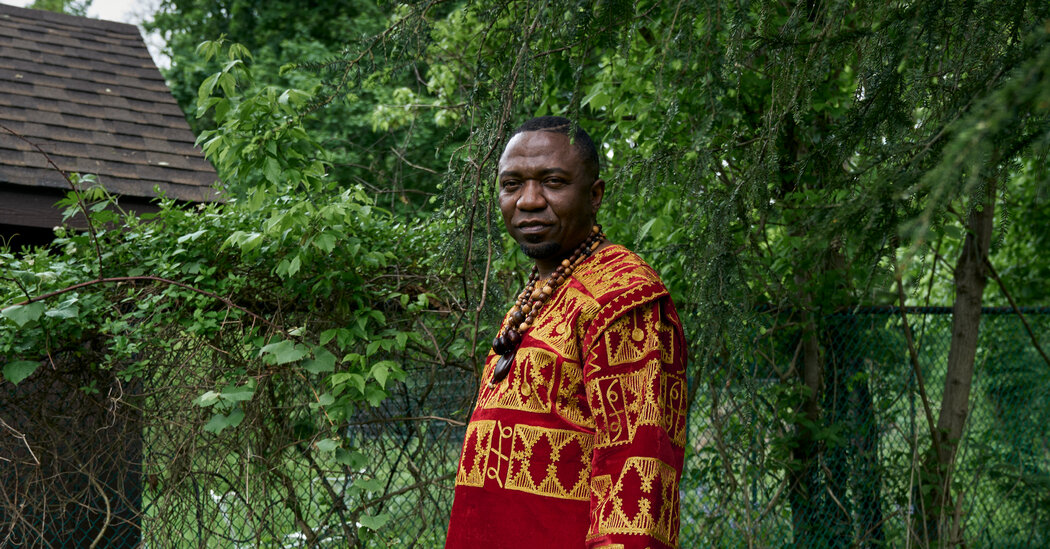 The family story mirrors a national history of silences and betrayals: The two are inevitably, and tragically, linked. “The Cameroonian soul is a battlefield,” one character observes; another beseeches God to hear his “prayer of this bloodied land, of this family whose very heart was caught up in the pulsations of a country.” The story also reflects Nganang’s own maturity, he says.

“Families are complicated, and it is a novel I could never have written in my 20s,” he says. “I thought, ‘Let me write a novel that speaks to the age I am now.’”

Nganang, who is chair of Africana studies at Stony Brook University, borrowed from his own life for the novel — from the daily rituals of suburban America to the lyrical descriptions of his hometown, Yaoundé, his “mental landscape.” Yaoundé, indeed, provides an evocative leitmotif throughout the trilogy: Nganang lovingly explores the city, neighborhood by neighborhood, as some areas flourish and others sink into squalor over time. The epigraph to “When the Plums Are Ripe” makes his perspective clear: “The world is my country, Cameroon is my subject, and Yaoundé my field of definition.”

There is another overlap, too. The name “Tanou,” he says, means “father of history” or someone “who creates history as well as narrates it.” It happens to be one of Nganang’s many pet names. “Tanou” also refers to a cultural function, one that he has embraced on social media, as a self-proclaimed “Concierge of the Republic” (a nod, he says, to Jean-Jacques Rousseau’s sign-off, “Citizen of Geneva”).

“I would never have written this book if I hadn’t been on social media,” he says, describing the countless testimonials that Cameroonians around the world have shared with him, which have fueled his posts and informed his novel. “It changed me and changed the landscape of my writing because it made it possible for people to actually hear what I want to say.”