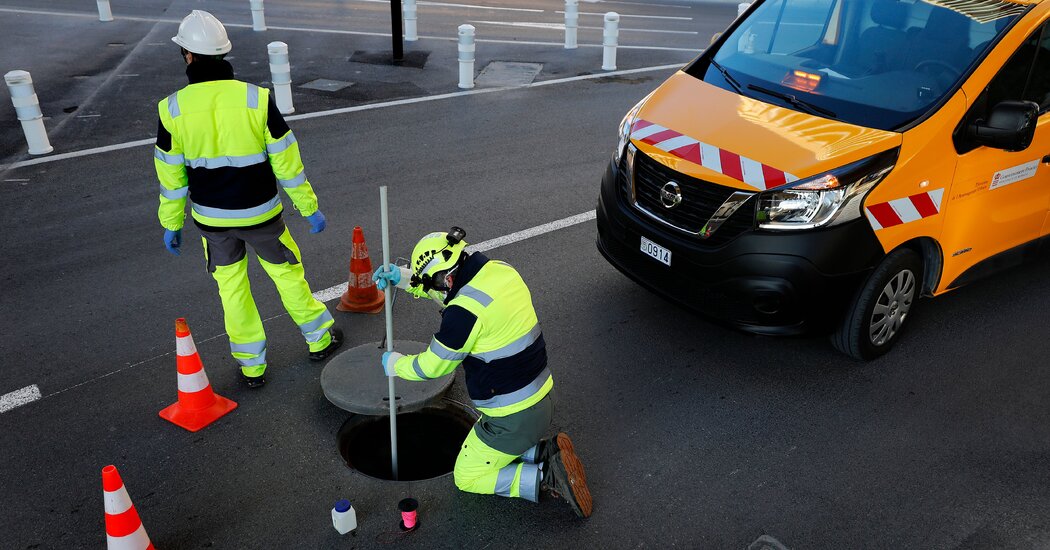 Dr. Hopkins consults weekly with wastewater screeners to determine where the city should funnel resources. When officials from the Houston program noticed that the sewage in one ZIP code, a largely Hispanic neighborhood, had unusually high levels of the virus week after week, they distributed testing and cleaning supplies and multilingual educational materials about the virus and vaccines. The team set up regular coronavirus testing in the Holy Ghost Catholic Church, which the priests promoted. Soon, the area’s wastewater dropped out of the high-priority list.

“Houston is the example of how incredibly powerful this is,” Dr. Hopkins said.

Some jurisdictions are also analyzing wastewater samples to determine the relative proportion of Omicron, Delta and other variants. That is crucial information for doctors when deciding how best to allocate monoclonal antibodies, which can prevent people at high risk for Covid-19 from being hospitalized.

Two of the three authorized monoclonal antibody treatments do not appear to work against Omicron; the one that does, sotrovimab, is in extremely short supply.

At the Hannibal Regional Hospital, in Missouri, clinicians were trying to save their scarce sotrovimab until the Omicron wave arrived in their region. After local wastewater data suggested that Omicron was responsible for most of the area’s infections, they switched from the other treatments to sotrovimab.

“We don’t have the capability to do gene sequencing in real time to know which variants are prevalent,” Jessica Gilmore, who directs the hospital’s pharmacy department, said. “So the best we have is the sewershed data to help us guide our decision making.”

Knowing when the peak has passed can be useful, too. In recent weeks, Boston Children’s Hospital has been limiting or postponing some nonemergency procedures, said Dr. Vincent Chiang, the hospital’s chief medical officer. Now that Omicron appears to be in retreat in Boston, the staff are contemplating when they might be able to reschedule these procedures.

“Coming to the hospital with your child is already stressful enough,” he said. “Coming, getting a date and then having to have it canceled is even worse.”