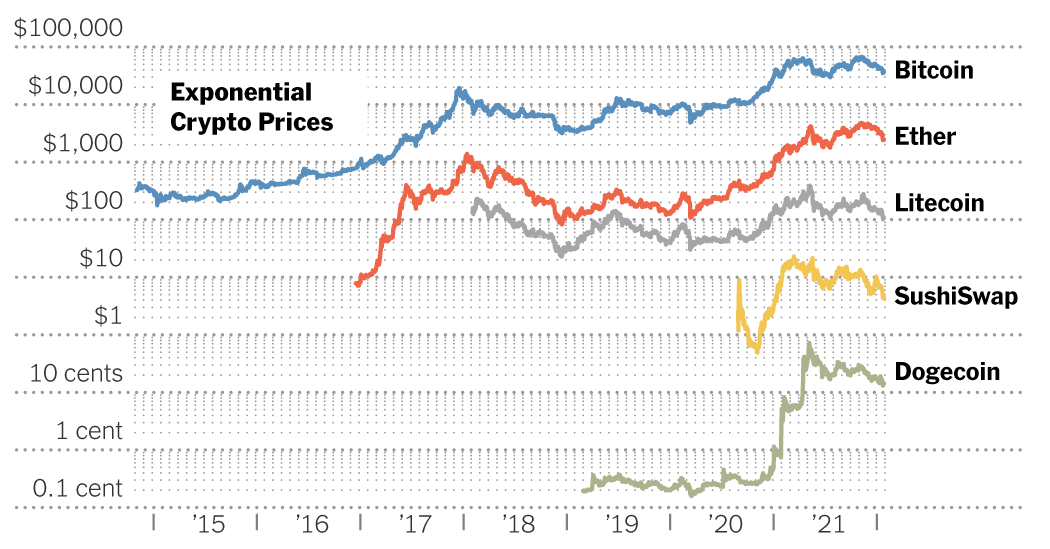 Despite their volatile and occasionally inscrutable nature, cryptocurrencies are becoming more widely traded, used and held — El Salvador recently started accepting Bitcoin as legal tender, the Federal Reserve is studying whether to issue its own digital coin, and wealth managers are encouraging clients to explore crypto assets.

So how does a new investor make sense of crypto and its constantly changing landscape?

There are so few reliable measures of value that it’s hard to tell whether the excitement around a particular cryptocurrency is justified — or a bubble about to burst. Traditional financial analysis doesn’t apply here. A stock analyst, for instance, determines whether a company’s shares are expensive or cheap by assessing its business model, future prospects and leadership. But few, if any, of those metrics translate to cryptocurrency valuation. Belief alone can drive value.

It’s hard to even know what counts as a “cryptocurrency.” Bitcoin and Ether are widely regarded as currencies because, like the dollar or the pound, they are used to buy and sell many goods and services. Another 11,000 or more digital coins and tokens also exist, many of them vying to gain enough acceptance to become the next Bitcoin or Ether.

(Coins operate on their own digital backbones, called blockchains. Tokens rely on other blockchains to get around in cyberspace. Coins, tokens and other assets are stored in wallets, which are comparable to online bank accounts except that their holdings are visible to all.)

By standard measures of value, the prices of Bitcoin and Ether are understandable. They are priced highly — with market capitalizations on Wednesday of nearly $690 billion and $290 billion — because they are well established and liquid, with broad user bases. Bitcoin is held in nearly nine million wallets, according to Chainalysis, a data provider.

But there are many other coins and tokens whose prices are skyrocketing, giving them market caps above $1 billion even though they have only 100,000 or so users.