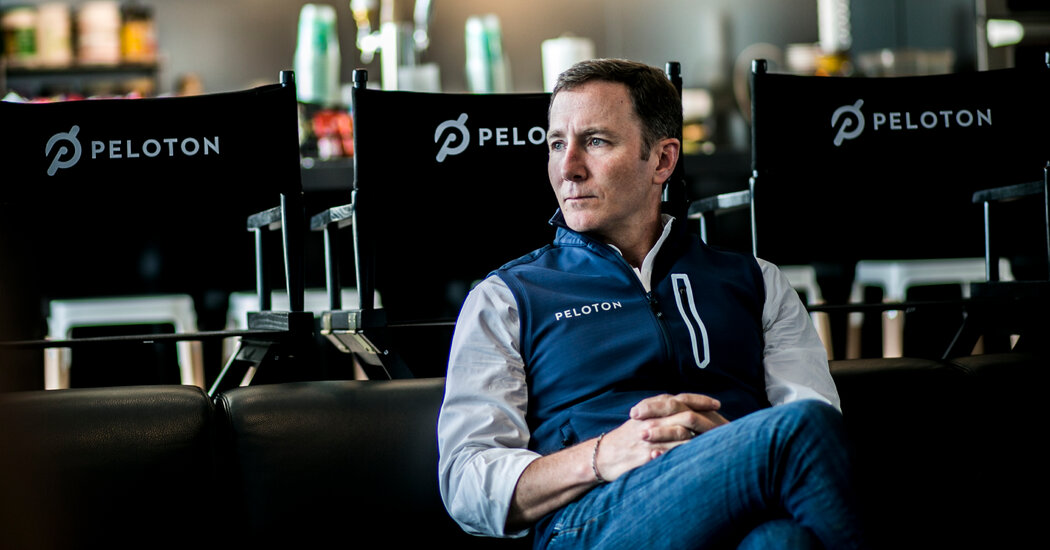 But some customers, tired of waiting, turned to competitors. Others skipped the expensive hardware and opted for Peloton’s digital-only subscription, which provides access to streaming workout classes. And when gyms and boutique fitness studios reopened, demand for Peloton products slid.

There were other missteps. In May, Peloton said a child had died in an accident involving one of its treadmills. The Consumer Product Safety Commission asked Peloton to recall its Tread+ machines, warning that dozens of injuries had been linked to the product. Mr. Foley initially fought the recall, then relented, saying he had “made a mistake.”

Then Mr. Big, a character in a “Sex and the City” revival show, died after working out on a Peloton, sending the company’s share price down. Peloton responded by criticizing the fictional character’s lifestyle and working with the actor, Chris Noth, on a Peloton ad. It then pulled the spot after Mr. Noth was accused of sexual assault. (Mr. Noth has denied the accusations.) Soon after, Mike Wagner, a character on the show “Billions,” survived a heart attack on his Peloton bike.

Last month, CNBC reported that Peloton had overestimated demand for its bikes and treadmills and planned to temporarily halt production. The company’s share price plunged further. Mr. Foley acknowledged the error, announcing in a letter to shareholders that Peloton was “resetting our production levels for sustainable growth.”

Blackwells soon called for Mr. Foley’s resignation. “Remarkably, the company is on worse footing today than it was prior to the pandemic, with high fixed costs, excessive inventory, a listless strategy, dispirited employees and thousands of disgruntled shareholders,” the firm wrote to Peloton’s board last month.

By then, Peloton’s stock price had fallen 80 percent from its peak in January 2021. Wall Street began speculating that the company could be an acquisition target.

Over the last few months, Peloton started looking for a new chief executive, Mr. Foley said on Tuesday. He said he would work closely with Mr. McCarthy, who previously worked alongside founders as a senior executive at Netflix and Spotify. Mr. McCarthy, who did not speak on the analyst call, plans to move to New York from California.