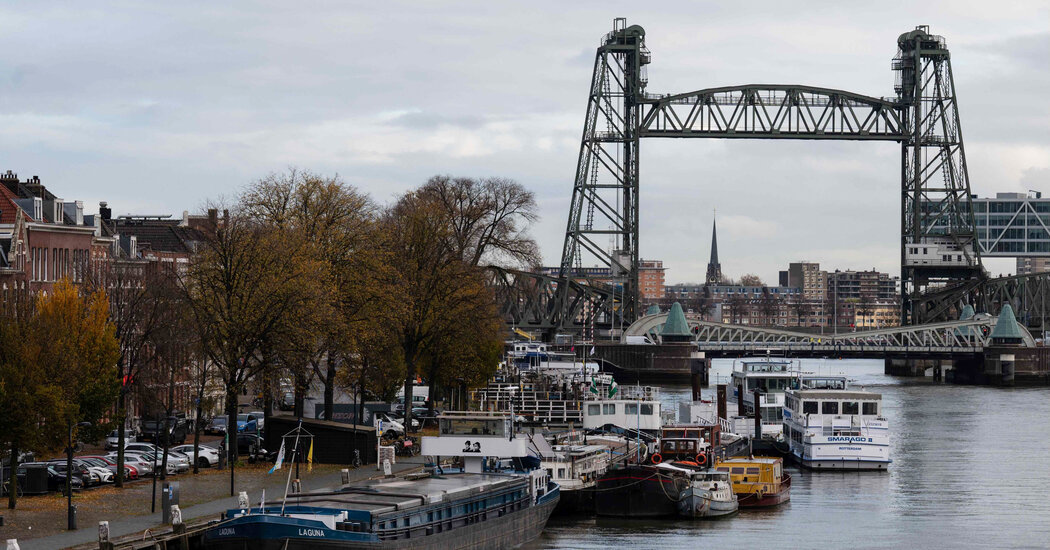 Until now, tall ships passed under the bridge before assembling their masts and taller structures, he said.

Dennis Tak, a Labor Party city councilor for Rotterdam, said he was fine with the bridge being dismantled — since the city would not be paying for it — because of the jobs the process would create. “As a city, this is a great way to take some of his money,” Mr. Tak said.

The structure is more than a bridge to the people of Rotterdam, said Siebe Thissen, the author of the book “The Boy Who Jumped From the Bridge,” about a working-class man who jumped from the bridge in 1933. “It’s a monument,” he said. “It’s the identity of Rotterdam.”

When city officials tried to take the bridge down in the 1990s since it was no longer in use, there were major protests, he said, calling the bridge a reminder of “the old days” in Rotterdam.

“I think that’s why there is so much turmoil about Jeff Bezos and his boat,” he said, before referring to accusations against Amazon. “People say, ‘Why this guy?’ It’s a working-class town, and they all know that Jeff Bezos, of course, he exploits his workers, so people say, ‘Why should this guy be able to demolish the bridge for his boat?’”

As of Thursday, more than 600 Facebook users said they would attend an event, titled “Throwing eggs at superyacht Jeff Bezos,” where they plan to gather by the bridge to throw eggs at the boat. “Rotterdammers are proud of their city and don’t tear down iconic buildings just because you are super rich,” said Pablo Strörmann, the event organizer, who said he started the Facebook group “mostly” as a joke.

Mr. le Couvreur, who works for the company Tours by Locals, which connects tourists with local guides, said that Rotterdammers would likely enjoy the international attention that the spectacle had brought, he said. “On the other hand, it shows the unimaginable wealth that people like Bezos have created for themselves, that nothing can stand in the way for them living out their dreams and hobbies,” he said, adding that the outlook was “worlds apart from those who will be watching the ship pass through the city.”