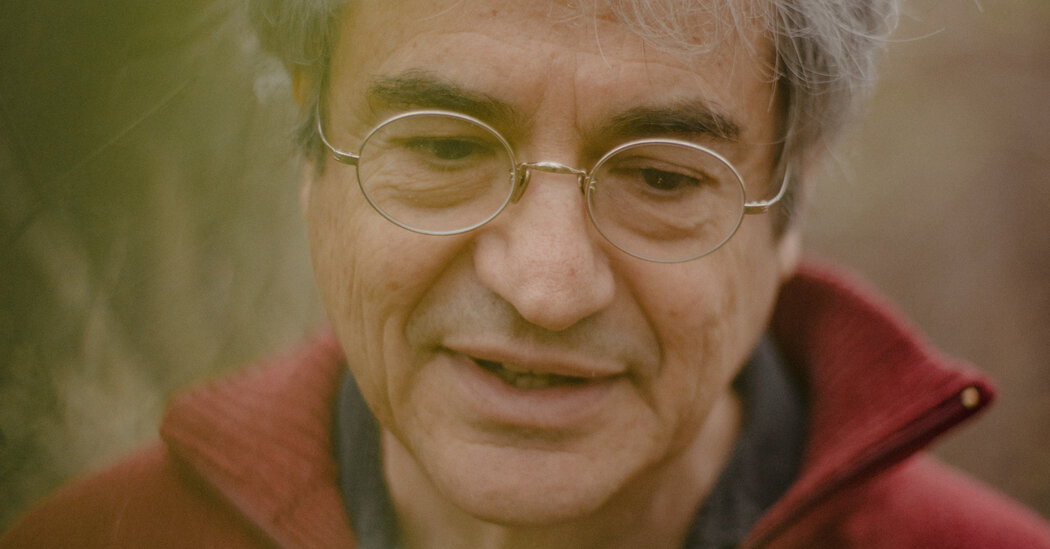 Perhaps it’s Rovelli’s writing style, along with his facility with ideas, that sets him apart from other popular science writers. “For some readers,” he said, “the writing in my books is what matters to them. And the truth is I use analogies, some poetical, but it’s not coloring or embellishment. It’s actually where I’m trying to go, trying to transmit some emotion, some sense of marvel, some sense of the core.”

Simon Carnell, along with his late wife, Erica Segre, translated five of Rovelli’s books, including his new one. He said in an email that he sees Rovelli’s style as “highly compressed without ever becoming dry or airless.” He added that Rovelli “has the scientific instinct to avoid and pare away every superfluous word (including of the translations of his work), but more importantly, a writerly ability to do so in the service of a style that is elegant, lively and above all engaging.”

Beyond offering Rovelli’s heady but lean synthesis of science and the humanities, his new book also features pieces dealing with politics, climate change and justice. Dean Rickles, a professor of history and philosophy of modern physics at the University of Sydney, said in an interview over Zoom that this larger project of Rovelli’s, with its theme of interdependence, is particularly compelling.

“He’s concerned now with justice and with peace and with climate. He has become a sort of very political scientist,” he said. “I think you can boil it all down, actually, to sort of a quality, like a democracy in all things … We’re all interdependent.”

Maybe the best way to think of Rovelli’s worldview is through the work of Nāgārjuna, a second-century Indian Buddhist philosopher he admires. Author of “The Fundamental Wisdom of the Middle Way,” Nāgārjuna taught that there is no unchanging, underlying, stable reality — that nothing is self-contained, that all is variable, interdependent. Reality, in short, is always something other than what it just was, or seemed to be, he argues. To define it is to misunderstand it.

In “Emptiness is Empty: Nāgārjuna,” another piece from his new book, Rovelli writes about how the philosopher’s conception of reality provokes a sense of awe, a sense of serenity, but without consolation: “To understand that we do not exist is something that may free us from attachments and from suffering; it is precisely on account of life’s impermanence, the absence from it of every absolute, that life has meaning.”

Before leaving Rovelli’s home that day, I took another look at the concealing snow outside. Reality seemed at once more compelling and more mysterious. Hesitating, I asked him if he thought there was any grand, capital “T” truth. He indulged me, then paused for a moment.