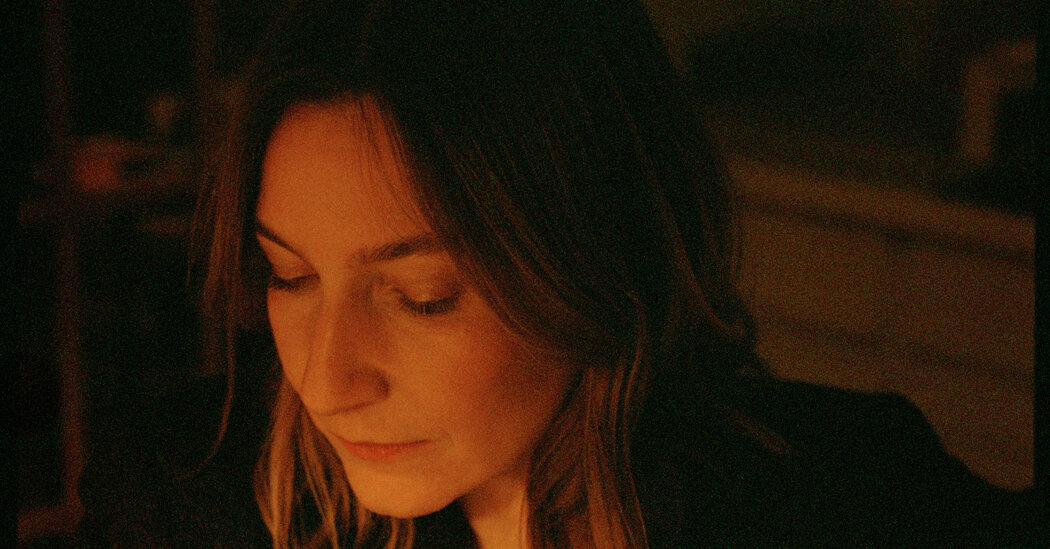 In her poignant and imaginative new novel, “Pure Colour,” Sheila Heti opens with an unusual concept: Humans are bears, fish or birds.

Those who care most about their closest relationships are bears. People focused on the common good are fish. And those most preoccupied by beauty and aesthetics are birds.

“People born from these three different eggs will never completely understand each other,” Heti writes, but “fish, birds and bears are all equally important in the eye of God.”

It is an idea she has been turning over in her mind for the better part of 15 years. When she was writing her breakout novel “How Should a Person Be?” more than a decade ago, she envisioned the possibility that “God was three art critics in the sky,” she said in a video interview from her home in Toronto last month.

Criticism figures prominently in Heti’s worldview (“I think the critic is trying to keep bad art out of art history”) as well as “Pure Colour,” which Farrar, Straus & Giroux will publish on Feb. 15. Heti, 45, initially set out to write a novel about art criticism, and traces of her original project flicker across the book.

Her protagonist, Mira, a young woman living in a “first draft of existence,” enrolls in a prestigious critics training academy, where inchoate writers learn how to think. (Mira, it should be said, is a bird.)

As a student, Mira encounters and falls in love with a young woman named Annie. But Mira’s most complicated relationship is with her father, who introduces her to the beauty and mystery of the world, and whose love she both cherished and found stifling. “Mira craved to live a cold ice bath of a life,” Heti writes. “It had been hard to be held so closely by the most bearish bear.”

Once her father dies, however, the story’s heart skips a beat. Mira, who had been so certain of her path and her desires, reconsiders her choices. Her father’s soul transforms into a leaf, and Mira joins him there for a time, weighing whether to stay suspended in the comfort of his closeness or return to living a full life.

Heti did not intend to write a book about loss. In 2018, as she was drafting “Pure Colour,” her father died, and she began writing about her experiences and emotions in longhand, separate from the novel.

It wasn’t until she looked back at what she wrote months later that she realized it belonged in what became “Pure Colour.” (Heti is writing a limited-run newsletter for The Times’s Opinion section based on her diary entries from the past decade.)

“I’ve never had a book unfold for me in such a surprising way,” she said.

Heti, the author of 10 books, is accustomed to borrowing from her own life to feed her fiction. Her two most recent novels, “Motherhood,” about a woman’s decision whether to have a child, and “How Should a Person Be?,” feature protagonists who are Canadian writers. They are questioning, restless and look outside themselves — to their friends, to art, to the I Ching — for answers. Reconstituted email exchanges and relayed conversations often appear in Heti’s work, inviting comparisons to autofiction writers such as Rachel Cusk and Ben Lerner.

“She understands what it takes to examine and make something out of nothing,” the author and artist Leanne Shapton, a friend of Heti’s who has collaborated with her on several illustrated projects, said in an email. “That sometimes making work is like giving CPR to a drowning victim for 36 hours, or months, straight. Whether it lives or dies, she’s there.”

Heti grew up in Toronto, the daughter of Hungarian Jewish parents, and Jewish theology and history shapes much of her work. She studied art history and philosophy at the University of Toronto after leaving the National Theater School of Canada, where she seriously considered becoming a playwright. (Playwriting once appealed to her more than writing novels, she has said, which “seemed the most boring possible thing you could do.”)

Her first book, a collection of fable-like tales called “The Middle Stories,” was published in 2001, when she was 24. Her 2005 novel, “Ticknor,” was inspired by the real-life friendship between the 19th-century authors ​​William Hickling Prescott and George Ticknor.

But with “How Should a Person Be?,” released in the United States in 2012, Heti began “thinking about the novel from scratch and what writing was for me,” she said. Even though she had already written two books, “I had so many very basic questions that I felt I needed to answer.”

Her friendship with the painter Margaux Williamson — along with remembered conversations and scenes from her life — form the backbone of “How Should a Person Be?,” which is divided into acts like a play and explores how the two women arranged their lives as artists.

“In her work, she’s used herself as the fool — she’s practiced at being self deprecating,” Williamson said. “But what Sheila’s doing is acknowledging the ego that’s present in every creative work and getting it out of the way.”

Some reviewers of “How Should a Person Be?” took issue with what they saw as the narrator’s self-involvement. But others praised Heti’s perceptiveness and voice; the Times book critic Dwight Garner included it as one of the 15 books by women that were changing 21st-century fiction.

The inquisitiveness that guides her writing matches Heti’s real-life curiosity. For years, she was the interviews editor for the literary magazine The Believer, talking to everyone from Dave Hickey to Joan Didion.

“She is a writer who is truly an artist,” Shapton said. “She does not stop at illustrating or illuminating, she’s always asking questions, thinking, philosophizing.”

The intoxication Heti felt when she embarked on “How Should a Person Be?” wasn’t there as she was drafting “Pure Colour.” “Maybe that only happens once in your life,” she said. “Maybe you can do it again after 30 years, but not after 20 years. I like that feeling of learning and questioning everything from the beginning and starting with all new assumptions.”

But there is a noticeable shift in tone in “Pure Colour.” Williamson noticed the change, too, after reading an early draft. Even after decades of friendship, she said, “I didn’t know the depth that Sheila made inside herself.”

In Heti’s earlier books, readers see characters in the world engaging in philosophical or aesthetic jousts, at parties, in conversation with friends. The characters in those novels don’t tend to linger in discomfort: Scenes and moods change quickly. But readers of “Pure Colour” stay with Mira through some wrenching emotion.

Part of the change, Heti said, comes from her “becoming less afraid of feeling things.” With an experience as all-encompassing as grief, “there isn’t really a way of running away from it.”

There are fewer characters in “Pure Colour,” which mirrors Heti’s changing life. “I was so interested in people for so long,” Heti said, that she encountered curiosity burnout. “I came to the end of whatever I was searching for.”

With the book poised for release, it’s too soon for Heti to know what her next project might be. But she has questions, of course.

“What would it be like to write without trying to fix anything, or repair anything or beautify anything, or comfort or entertain?” she wondered. “What if you take away all of those motivations? What kind of writing happens then?”

In case it wasn’t clear, Heti, like Mira, is a bird — “obviously,” she said, with a laugh.