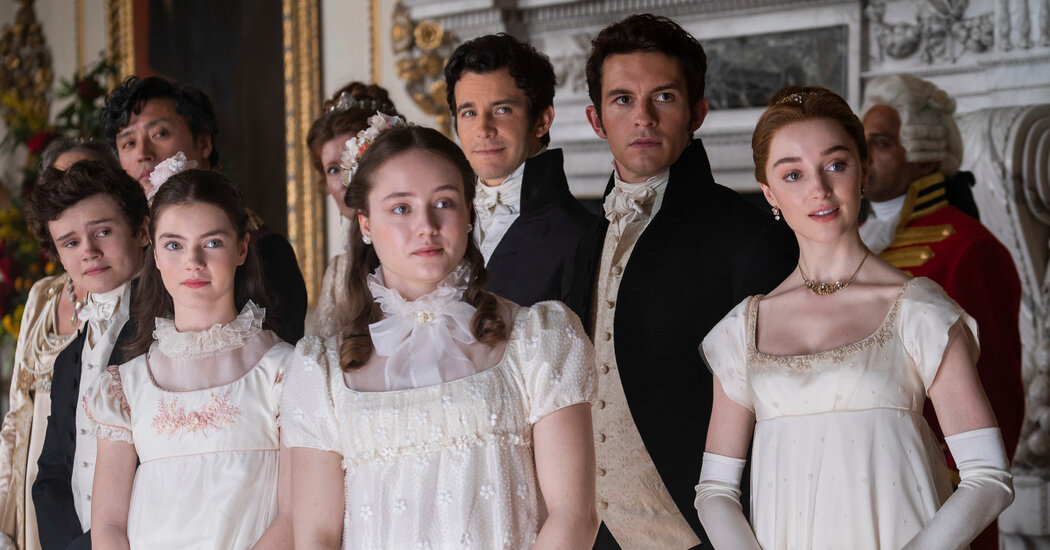 LIVERPOOL, England — For two decades, the Littlewoods building in Liverpool, a long, low-slung and cavernous space built to house a betting and mail-order company in the 1930s, sat abandoned. No one wanted to take on this crumbling hulk looming on the outskirts of the city.

Until Lynn Saunders. She is the driving force to make it the center of Liverpool’s first film and TV studio complex.

“It’s a beast of a site,” said Ms. Saunders, the head of the Liverpool Film Office. It had been too intimidating for most prospective buyers. But amid a boom in TV and film production in Britain, Littlewoods Studios is now one of at least two dozen major plans to build or expand studio space across Britain.

Streaming platforms like Netflix, Disney+ and Amazon Prime Video are racing to meet insatiable demand for content and have chosen Britain as their location to make it, countering the malaise of overall investment in the nation since it voted to leave the European Union. In 2021, a record 5.6 billion pounds ($7.4 billion) was spent on film and high-end TV productions in Britain, nearly 30 percent more than the previous high in 2019, according to the British Film Institute. More than 80 percent of that money was coming ashore from American studios or other foreign productions.

Assured that there is no imminent end to the desire for binge-worthy shows and movies, studios, property developers and local authorities are rushing to build more production space.

Blackstone, the world’s largest private equity company, and Hudson Pacific Properties, the owner of Sunset Studios, which include the former homes of Columbia Pictures and Warner Bros. off Sunset Boulevard in Hollywood, have said they will invest £700 million to build the first Sunset Studios facility outside Los Angeles, just north of London. With 21 soundstages, it will be larger than any of its Hollywood studios.

“There is just such a massive need to produce content in markets that already have infrastructure,” said Victor Coleman, the chairman and chief executive of Hudson Pacific Properties. “And the infrastructure is not necessarily just the facilities but it’s also the talent both in front and behind the camera.”

The early “Star Wars” films and 10 years’ worth of Harry Potter movies helped Britain get here. Film productions were attracted by experienced labor and visual effects companies and, critically, generous tax breaks. In 2013, the incentives were extended to TV productions that cost more than £1 million per broadcast hour — so-called high-end TV series, like “The Crown” and “Game of Thrones.” In recent years, productions were offered a 25 percent cash rebate on qualifying expenditures, such as visual effects done in Britain. In the 2020-21 fiscal year, tax breaks for film, TV, video games, children’s television and animation exceeded £1.2 billion.

In Britain, film gets a level of government attention that other creative industries, such as live theater, can only dream of.

“I would not like to contemplate the loss of the tax incentive,” said Ben Roberts, the chief executive of the British Film Institute. Without it, Britain would become immediately uncompetitive, he added.

Most of the growth in production in Britain comes from big-budget TV shows, a staple of streaming channels. Last year, 211 high-end TV productions filmed in Britain, such as “Ted Lasso” and “Good Omens,” and fewer than half of them were produced solely by British companies, according to the British Film Institute. Compared with 2019, the amount spent jumped by 85 percent to £4.1 billion.

Liverpool already claims to be the second-most-filmed-in city in Britain after London. For a few weeks in late 2020, its streets became Gotham City for “The Batman,” and for years shows, including “Peaky Blinders,” have been shot there. The local authority is courting more TV shows by building four smaller studios.

Property developers announced the plan for Littlewoods Studios in early 2018, but the grand ambitions were pushed off course a few months later by a fire in the building. Not wanting to miss out on the rising demand, Ms. Saunders convinced the City Council to spend £3 million building two soundstages adjacent to the site. They opened in October.

And then at the end of last year, £8 million in public funding was approved for remedial work on the Littlewoods building to create two more sound stages. Ms. Saunders hopes that adding studios will keep productions in town for longer — occupying hotel rooms, ordering from restaurants and employing local people. The film office has also started investing in productions — so far to the tune of £2 million in six TV shows.

Britain is already the largest production location for Netflix outside the United States and Canada. While plenty is filmed on location — such as “Bridgerton,” in Bath, and “Sex Education,” in Wales — Netflix committed to a permanent home in 2019 at the Pinewood Group’s Shepperton Studios in Surrey, just southwest of London, where “Dr. Strangelove” and “Oliver!” were made decades ago. Shepperton is now expanding, aiming to double the number of its soundstages to 31 by 2023, and Netflix plans to occupy much of that new space.

But the descent of American streamers on British shores has brought its challenges, too. The industry is rife with stories of production crews leaving jobs for higher-paying gigs, long waits for studios and production costs that outpace inflation.

Anna Mallett, Netflix’s vice president of physical production for the U.K., Europe, Middle East and Africa, resists the idea that the streamer’s voracious expansion is squeezing others out of studio space.

“I do think there is enough for everyone,” she said. “There’s over six million square feet of production space coming onto the market in the next couple of years.”

Amazon plans to move in next door. Last month, Prime Video agreed to lease 450,000 square feet in the new development at Shepperton Studios, including nine soundstages. The streaming service sent a ripple of excitement through Britain last year when it announced that it would film the second season of its “Lord of the Rings” series, “The Rings of Power,” in the country. It will move from New Zealand to the dismay of that country’s officials, who over two decades have offered hundreds of millions of dollars in financial incentives to the franchise.

By 2023, Warner Bros. hopes to be underway with its plans to add 50 percent more soundstage space to its studios northwest of London.

Warner Bros. was the first major Hollywood studio to set up a permanent location in Britain when it bought in 2010 the Leavesden studios, where it made Harry Potter.

“It was a pretty huge leap for Warners to make that investment,” said Emily Stillman, the head of studio operations at Leavesden. After years of piecemeal expansion, the new development, if it gets planning approval, will be the studio’s biggest investment at the site.

Away from more renowned studios surrounding London, there is hope that the production boom can bring job opportunities and investment to overlooked areas in Britain. New studios are being constructed out of an old industrial space in Dagenham, in east London, an area once synonymous with the manufacture of Ford cars in the 20th century. In Bristol, the local authority is investing £12 million to add three more soundstages to Bottle Yard Studios in an area that is economically struggling, said Laura Aviles, the head of the Bristol Film Office.

“It’s been a struggle” to regenerate the area, she said, “and there are a lot of young people there who could be third-generation unemployed who have struggled to get into work.” The expansion will hopefully entice other businesses to the area.

There is a risk that all this demand for studio space could become a blessing and a curse. Despite the skilled work force in the field, there are real concerns about whether Britain can train enough production crew and fill the associated roles to populate all this new studio space.

The industry has committed millions of pounds to rapid training programs. Industry leaders hope to bring more people into the field and break the stereotype that the work — most of it freelance — is exclusively for the well off and well connected. This month, Prime Video said it would spend £10 million to fund courses in Britain focused on increasing diversity in the industry and positions in Prime Video-commissioned productions.

And there is the fear that smaller independent productions by British filmmakers, who can’t as readily use debt to finance an expansion, will be left behind in this boom. Just 16 percent of the money spent on high-end TV shows in Britain last year went to solely domestic productions.

The level of foreign investment “does run the risk of challenging the indigenous, independent sector in terms of its ability to retain talent, crew up, get finance, hire space, use locations,” Mr. Roberts of the British Film Institute said. “We are really alert to that not feeling like a squeeze too far.”