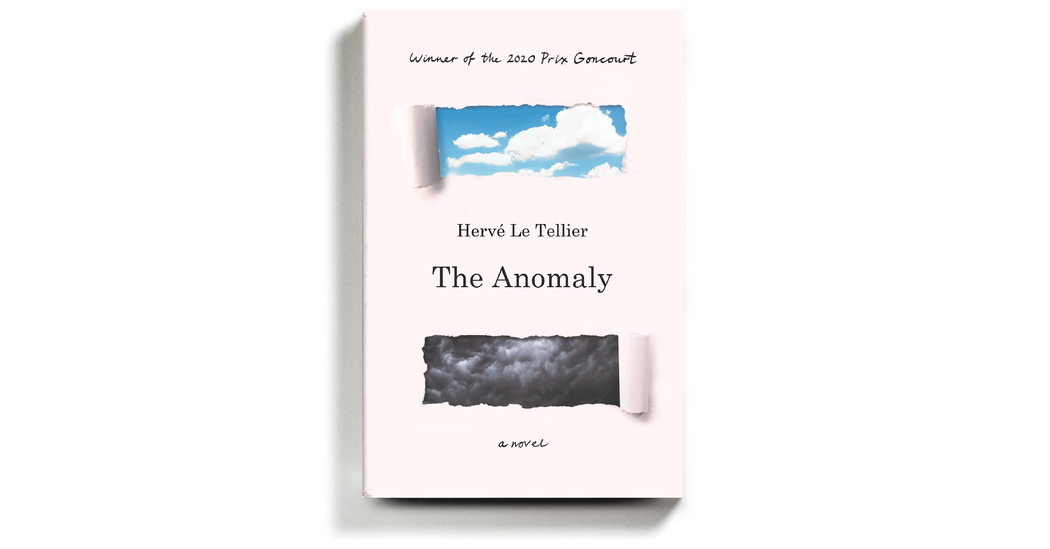 “Wait … you’re pulling my leg! Do you think you’re in ‘Close Encounters of the Third Kind?’” the passenger asks, adding: “What kind of idiot wrote this questionnaire?”

Readers will find inklings of the “Matrix” films and various TV shows: “The Leftovers,” where the living suddenly vanish; “The Returned,” where the dead suddenly reappear; and of course “Lost” and “Manifest,” which feature flights that inexplicably land at the wrong time or in the wrong place. But what it put me in mind of most was Ted Chiang’s heartbreaking “Story of Your Life,” the novella that led to the (not quite as good) film “Arrival.” In “The Anomaly,” as in that story, people caught in a situation that defies understanding react with bravery and love.

Most of Le Tellier’s characters try to rise to the occasion. Religious leaders, diplomats, intelligence officials, philosophers and scientists examine the puzzle from all angles. There is serious talk of the Bostrom hypothesis, a theory about reality devised by a real-life Oxford philosopher whose work encompasses theoretical physics, computational neuroscience and artificial intelligence.

Even the American government attempts to do the right thing, at least at first. (No thanks to its dopey president, with his resemblance to “a fat grouper with a blond wig,” who gets bored during the scientific briefings and who perks up only when he hears allusions to things he has heard of, like “Star Trek.” “Stop with all your billions already,” he snaps, as a scientist begins to discuss nanotechnology. “I don’t understand any of it.”)

Le Tellier is not a fan of American excess, as he demonstrates in an over-the-top scene during “The Late Show with Stephen Colbert,” in which the host milks one passenger’s experience for fake emotion and drama. At the same time, his account of the relationship between the older architect and his younger girlfriend smacks of wishful thinking, and might appeal more to readers who are not women.

But his writing, well served by Adriana Hunter’s graceful translation from the French, is nimble and versatile. And it’s impossible not to feel tenderness toward the bewildered characters, with their valiant efforts to make sense of the unfathomable and to rewrite their stories according to the new reality.

As you finish this provocative book, you might still find yourself wondering what it is. Speculative fiction about whether reality is actually real? A delicate paean to the human capacity for improvement? A warning about how easily we could mess it all up? Maybe it’s all those things, too.