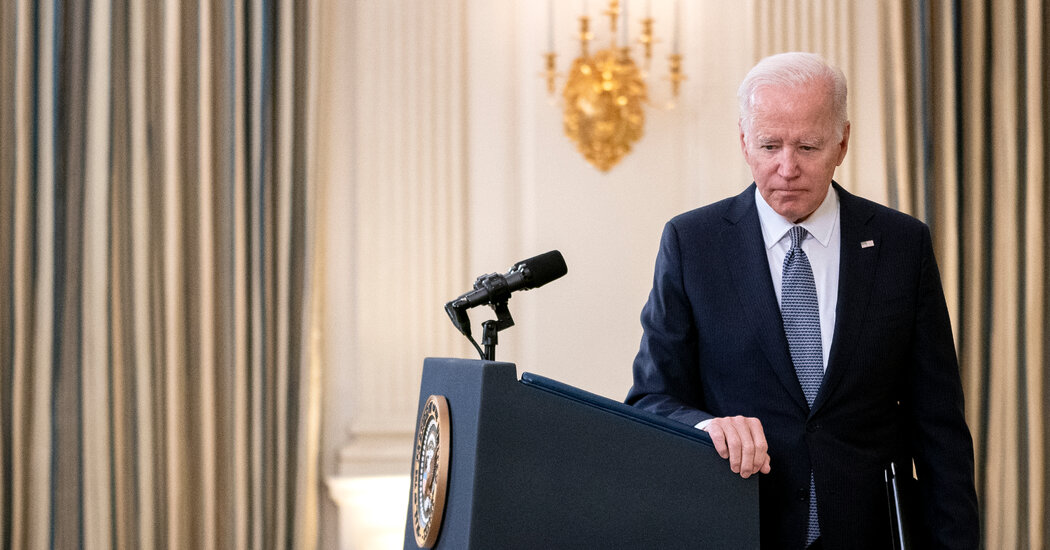 Today’s inflationary surge stems from a confluence of factors, many of them related to the pandemic. The coronavirus has caused factories to shutter and clogged ports, disrupting the supply of goods that Americans stuck at home have wanted to buy, like electronics, televisions and home furnishings.

That high demand has been fueled in part by consumers who are flush with cash after months of lockdown and repeated government payments, including stimulus checks. Research from the Federal Reserve has shown that inflation is most likely getting a temporary increase from the coronavirus relief package in March, which included $1,400 direct checks to families and generous unemployment benefits. But Mr. Biden’s social policy bill would do relatively little to spur increased consumer spending next year and not enough to offset the loss of government stimulus to the economy as pandemic aid expires.

White House aides have tried to make that case to Mr. Manchin — and the public — in recent weeks, pointing to a series of analyses that have dismissed inflationary fears pegged to the bill. That includes analysis from a pair of Democratic economists who warned about rising inflation earlier this year — Harvard’s Lawrence H. Summers and Jason Furman — and from the nonpartisan Penn Wharton Budget Model at the University of Pennsylvania. All of those analyses conclude that the bill would add little or nothing to inflation in the coming year.

The disconnect between economic reality and Mr. Manchin’s stated concerns has exasperated the White House, which is struggling with voter discontent toward Mr. Biden over rising prices, as well as an unyielding pandemic.

In a scathing statement about Mr. Manchin on Sunday, the White House press secretary, Jen Psaki, noted that the Penn Wharton analysis found Mr. Biden’s bill “will have virtually no impact on inflation in the short term, and in the long run, the policies it includes will ease inflationary pressures.”

White House officials, who along with party leaders have spent weeks trying to bring Mr. Manchin to a place of comfort with Mr. Biden’s bill, registered a sense of betrayal after the senator’s declaration.

Ms. Psaki said Mr. Manchin had last week personally submitted to the president an outline for a bill “that was the same size and scope as the president’s framework, and covered many of the same priorities.” He had also promised to continue discussions toward an agreement, she said.