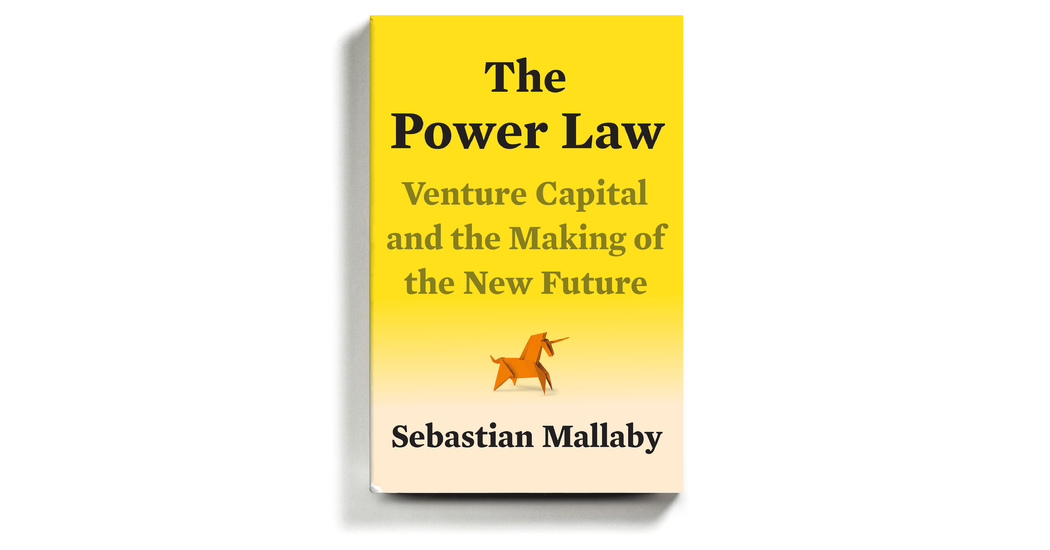 The traditional power of venture capitalists to exert influence over founders has been eroded by an “increasingly rebellious youth culture,” Mallaby says, recounting how Facebook’s Mark Zuckerberg deigned to show up late for a meeting with the venerable firm Sequoia dressed in a T-shirt and pajama pants. But Mallaby also points to a structural change. He says that the balance of power has tipped in favor of the most sought-after entrepreneurs because they now have their pick among clamoring suitors: There’s more money than ever before in search of the next big thing.

The book includes a lot of granular detail about deals getting made, phone calls volleyed back and forth, meetings arranged and postponed. Banal bits of conversations get recounted, even when they seem only to serve as narrative clutter. (“What are you doing tomorrow morning?” “I’m doing nothing.” “Great, how about we meet for breakfast?”) Some of Mallaby’s metaphors make no sense; he writes that one V.C., learning about a happy surprise, “digested this bolt from the heavens.” Another V.C., also triumphant, “permitted himself just one discreet celebration, like a man who pumps his fist and screams a victory scream, but silently.” So this V.C. screamed but didn’t scream — and since he’s only “like” this tortured image, he didn’t pump his fist either?

Such is the material that pads this overstuffed book, which never quite delivers on the case it laboriously tries to make. Mallaby’s main argument is that venture capital funds disruption, and disruption is usually to the good. Innovation begets more innovation, delivering us from a stagnant status quo.

Mallaby has clearly done copious amounts of research, and it’s not as if he’s oblivious to the “alleged shortcomings” of venture capital; he just decides that they’re dwarfed by the “attractions of the industry.” A passing sentence allows that all the money poured into Uber in order to “blitzscale” and decimate the competition may have forced existing taxi operators to “compete on a distorted playing field,” but those “incumbent taxi operators,” Mallaby says, were too cozy with municipal regulators anyway. There’s no mention of how utterly calamitous the dominance of apps like Uber has been for such “incumbents” (a dirty word among disrupters) — the financial ruin, the suicides; there’s only the cold (and questionable) conclusion that “cheap venture dollars served to balance that unfair advantage.”

Of the spectacular founder flameouts at Uber and WeWork, Mallaby’s apologia is a thing to behold. Their “responsible” V.C. backers may have kept quiet, registering any qualms “politely” and privately until embarrassing information became too public to be ignored, but the real blame, he says, lies not with those adults in the room but with “heedless, late-stage investors” — even though the same venture capitalists were happy to have their wayward founders take those “heedless” investors’ money.

There’s just one critique of venture capital that Mallaby says is deserved — the need for the industry to diversify beyond a “monoculture” that is “too white, too male, too Harvard/Stanford.” This is a fair assessment, but at this point it isn’t exactly speaking truth to power. Venture capitalists love to talk about boldness, but one imagines they will appreciate the tone of deferential restraint in this funder-friendly book; much better to get a familiar call for more diversity than anything that might call into question their bottom line.