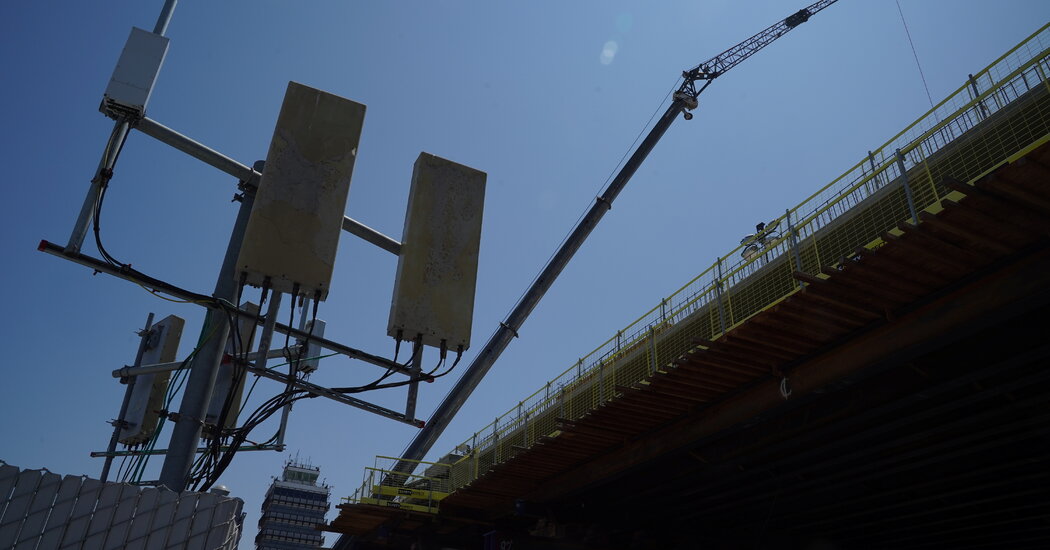 Verizon and AT&T said late Monday that they had agreed to delay their deployment of new wireless technology for two weeks, giving in to the demands of federal aviation regulators who have raised concerns that the signals could create an airline safety hazard.

The companies made the decision after initially rebuffing a request for a delay made last week by Transportation Secretary Pete Buttigieg and Steve Dickson, the head of the Federal Aviation Administration.

“At Secretary Buttigieg’s request, we have voluntarily agreed to one additional two-week delay of our deployment of C-Band 5G services,” said Kim Hart Jonson, a spokeswoman for AT&T. Rich Young, a spokesman for Verizon, said the company had also accepted the delay.

Ms. Jonson said that AT&T was still “committed” to a proposal by the two companies to initially operate the new segment of the 5G wireless network at lower power than normal, along with other measures to mitigate the concerns of aviation regulators.

The decision to pause the deployment of the new 5G service staves off, for now, a collision between the carriers, who had planned to activate the superfast wireless networks on Wednesday, and the F.A.A., which had signaled it could effectively ground some flights over safety concerns about the technology. It is unclear whether the two sides will come to a permanent solution.

The dispute has simmered for years between aviation interests and the wireless industry but reached a climax in recent months as the debut of the new 5G service approached. Verizon and AT&T had already agreed to delay the start of their new service by a month, from December to January.

The wireless carriers have built their newest 5G service using radio signals that regulators worried would clash with devices that pilots use to land planes in poor weather. The devices, known as radio altimeters, measure how far above the ground a plane is as it lands. When pilots are landing in low visibility, they rely on the equipment to guide them to the runway safely.

The F.A.A. has threatened to restrict pilots from using the equipment if the wireless carriers turned on their new 5G service. The agency and aviation groups said that could ground or reroute some commercial aircraft after holiday travel was hit by flight delays and cancellations forced by bad weather and staffing shortages.

Verizon and AT&T have offered to run their 5G equipment at a lower power than usual for six months to address concerns that planes could be affected by their signals. They also said they would further reduce the strength of 5G signals around airports, similar to what they said carriers did to address concerns in France.

“The F.A.A. thanks AT&T and Verizon for agreeing to a voluntary delay and for their proposed mitigations,” Matthew Lehner, an agency spokesman, said in a statement. “We look forward to using the additional time and space to reduce flight disruptions associated with this 5G deployment.”