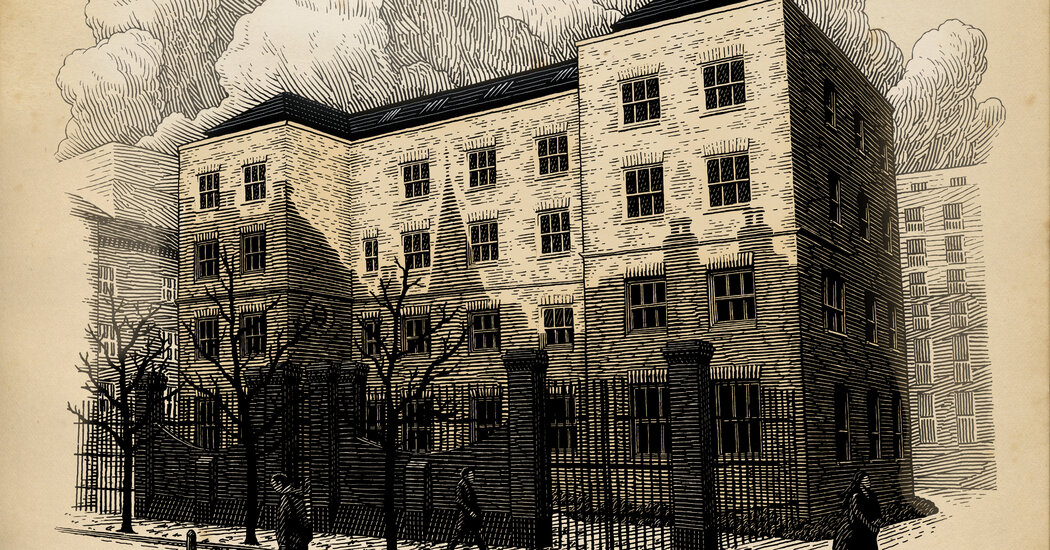 When the building was threatened with destruction, in 2007, Professor Black and a charity devoted to Georgian-era architecture tried to get it preserved. They initially failed, but the wrecking ball didn’t swing immediately, in part because the 2007-8 financial crisis left many developers in no mood to spend. It didn’t help that the land behind the Annexe was known to be filled with bodies, although how many was not yet clear.

By then, the Annexe had closed, and the University College London Hospitals National Health Service Foundation Trust — the official name of the organization that owned the building — started renting a hodgepodge of rooms in it to about 40 Londoners looking for cheap, communal living. This is a common strategy among British landlords — populate vacant buildings to prevent them from being vandalized or turned into a squatters’ paradise. Renters in such buildings are known as “guardians,” a slightly misleading term.

“Nobody was walking around with a rifle,” said Dominic Connelly, who lived in the Annexe until 2017, when everyone was finally asked to leave. He paid about $600 a month for a large former patient’s room that included a working X-ray light box.

Tenants were a mix of young people — yoga instructors, actors, a club bouncer — dwelling amid an assortment of medical equipment, security systems, a reception desk and hospital signs, including one for the child psychiatry department. The setting also seems to have inspired “Crashing,” a 2016 television mini-series about young people who flirt and couple in a disused hospital, written by and starring Phoebe Waller-Bridge, the auteur of “Fleabag.”

Except that at the Annexe, people occasionally showed up to dig exploratory trenches.

“You’d see them from the windows, or you’d hear them digging,” Mr. Connelly said. “It was clear they were looking for bodies. Pretty grim stuff when you think about it, so I tried not to think about it.”

All the guardians in the Annexe knew they could be evicted any day, potentially signaling the workhouse’s imminent demise. The prospect was especially galling to a resident who, for unknown reasons, wanted anonymity and has never been identified. She contacted a scholar who had written an essay for The British Medical Journal about one of the medical heroes of the Victorian age, Joseph Rogers, a physician who served as the chief medical officer at the Strand Union Workhouse and crusaded for better conditions.

The scholar was Ruth Richardson.

A gulag for the poor