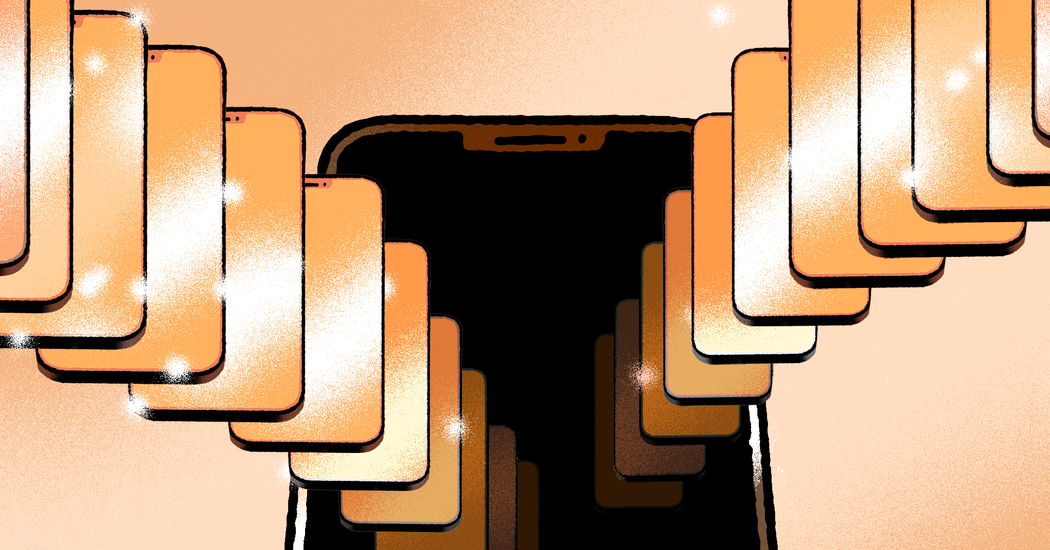 That was (briefly) the total value of Apple’s stock on Monday. It was worth a piddly $2.93 trillion as of Wednesday morning — still a bonkers number that no company has reached before.

The milestone is a useful moment to dig into the identity of Apple and the rest of America’s technology titans. Big Tech companies are smart at making products and even smarter at making money. That is a big reason Apple is worth so much.

What is Apple’s superpower? With clever tweaks and desirable new products, it has extended the life of its iPhone empire well beyond when it might have declined. What should have been Apple’s weakness — its dependence on the iPhone, at a time when smartphones are no longer selling like hot cakes — instead has been a source of strength.

Like knowing that Google and Facebook are rich from selling advertisements for socks and hotel stays, understanding the nuts and bolts behind Apple’s power helps demystify the technology titans that have grabbed both our awe and derision.

In the spirit of Tuesday’s newsletter about technology misjudgments, I will confess that I was wrong about Apple. Six years ago, I wrote a column for Bloomberg Opinion — the first of many like it — that said Apple was hitting a wall.

Since then, Apple’s sales have increased by more than $132 billion, or about triple the amount that Tesla’s sales have grown since 2015. Apple’s profits are unreal, and we’re probably paying too much for their $19 cleaning rags.

I still think I’m right about Apple, but I’m just not right yet. (You might describe this as being wrong. I won’t argue.) The facts remain: The company’s principal product, smartphones, have shifted from wow to normal, and people aren’t buying new ones as often as they used to.

In 2015, about 1.4 billion new smartphones were sold worldwide. In 2021, the research firm IDC estimated total sales at … about 1.4 billion. The chunk of those that are iPhones — about one in seven — hasn’t budged much, either. There are exceptions to this sales flatline trend, including last year when a burst of new iPhones sold.

But mostly, this is what smartphones are now: a wonderful and essential product that people don’t buy very often, like fridges, cars and TV sets. In theory, our buying fewer phones should be bad for Apple. Instead, Apple has done great because it’s extremely clever at making money and has persuaded customers that they should buy what it sells.

Apple has figured out ways to sell far more types of iPhones than it did before, including ultraexpensive ones. It has mastered underappreciated details like self-designed computer chips and nudges iPhone buyers to pay more for add-ons like extra space to stow photos. And the company keeps coming up with new ways to make money from stuff that makes iPhones more useful, including subscriptions for dating apps, AirPods headphones and computerized watches.

This isn’t Apple shifting away from its identity as the iPhone company. It is leaning further into its iPhone dependence. I would say that it will be tough for Apple to keep doing this, but smartphone sales have been meh for six years and Apple is doing great.

None of that completely explains Apple’s march to $3 trillion. Money doesn’t make sense right now, honestly. And the Big Tech companies typically churn out consistent and steadily increasing profits that stock buyers are willing to pay for.

There’s also enthusiasm about Apple launching its first products in face computers and driverless cars that could, like the iPhone did, make other companies follow its lead and make Apple even richer.

Apple’s struggles with smart software — have you yelled at Siri recently for being clueless? — suggest that it won’t be a cake walk for the company to keep winning in a metaverse and artificial intelligence future. That’s not a prediction, though. I’m done making Apple predictions.