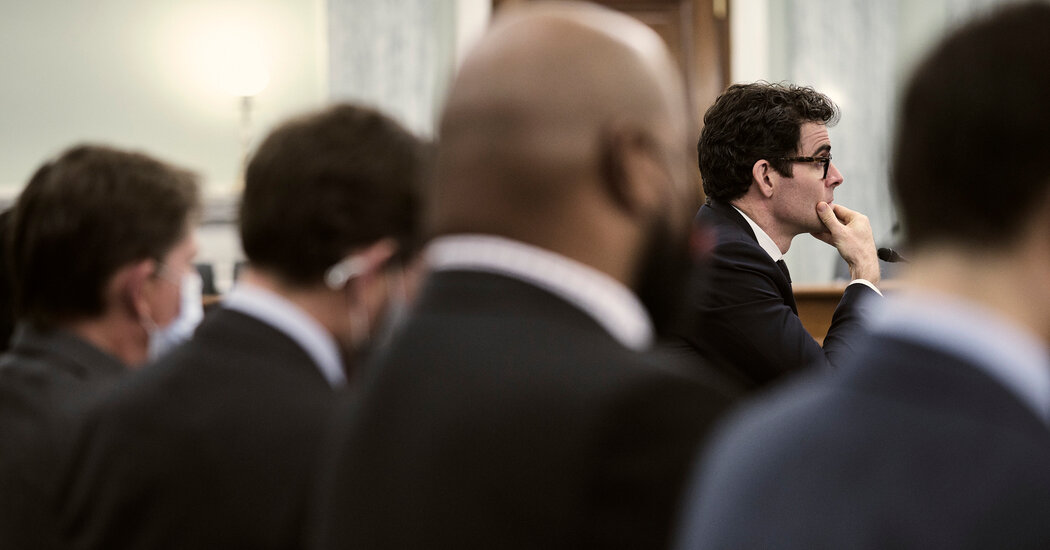 “It’s not a trick question,” Mr. Poe blustered. “You know, you make $100 million a year, you ought to be able to answer that question.”

It wasn’t entirely a confused question: Google maps and other services are available on iPhones, and location tracking by Google services is a serious concern for privacy advocates. But on social media and in some media reports, Mr. Poe was ridiculed for his apparent confusion over Apple and Google technologies.

The fumbles were bipartisan, with Representative Steve Cohen, Democrat of Tennessee, describing Google as an “apparatus” and suggesting Mr. Pichai create an online school for users to understand the search engine where they can be assigned a Google representative. But not like the phone customer service at Comcast, he added, where you get put on hold for 30 minutes and “find somebody who you can’t understand.”

Another example of boomer Luddite lawmakers stumbling their way around technology, viewers quipped.

The belly flops from the hearing room dais helped take the spotlight off the company’s market dominance and data collection. Since then, criticisms toward tech giants have only intensified. But despite bipartisan agreement that tech companies have run roughshod and deserve more oversight, none of the bills discussed in those hearings four years ago have been passed.

Turns out, holding a hearing that humbles the most powerful business executives in the world is much easier than legislating. Very bright lines of partisan disagreements appear when writing rules that restrict how much data can be collected by platforms, whether consumers can sue sites for defamation, and whether regulators can slow the march of dominance of Amazon, Apple, Google and Facebook.

“Hyperpartisanship is the most powerful force supporting the status quo, and the big tech platforms work hard to fan the flames,” said David Chavern, the president of the News Media Alliance, a media lobbying group that has pushed for stronger antitrust laws aimed at tech platforms.

Meta, the parent company of Instagram and Facebook, has said it supports regulations. All six cryptocurrency executives who testified recently also said they also support some government oversight of their businesses.