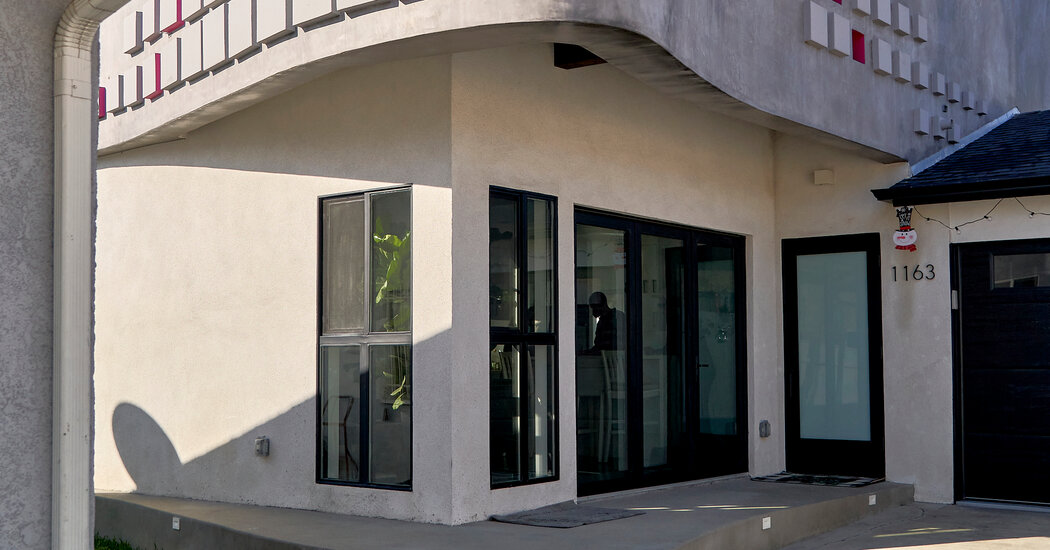 As a designer who specializes in residential structures, Luis Martinez has lived this at home, and has now made it his career. His design business, Studioo15, has surged over the past two years as residents across Los Angeles have used the new state laws to add thousands of backyard units. Yet about half of his clients, he said, are people like his parents who want to have existing units legalized.

Bernardo and Tomasa Martinez, both in their early 60s, immigrated to Los Angeles from Mexico in 1989. Working in the low-wage service sector — she was a waitress; he worked as a laborer loading a truck — they settled in a two-bedroom house in South Los Angeles that had four families and 16 people. Luis Martinez, who crossed the border as a child, was surrounded by love and family, in a house where money was tight and privacy nonexistent.

Eventually the family was able to buy a small three-bedroom in Boyle Heights, on the east side of Los Angeles. It sits on a block of fading homes that have chain link fences in the front and a detached garage out back. To supplement the family income, the Martinezes converted the garage into a rental unit without a permit. Bernardo Martinez and a group of local handymen raised the floor and installed plumbing that fed into the main house, while Luis helped with painting.

Luis remembers that nobody complained, probably because the neighbors were doing the same thing. “It was normal,” he said, “like, ‘I live in the garage’ and some garages were nicer than others.”

Mr. Martinez went to East Los Angeles College after high school, then transferred to the University of California, Berkeley, where he got an architecture degree in 2005. In the years after graduation, when the Great Recession struck, his father lost his job and, after a spell of unemployment, took a minimum wage job mowing the lawn at a golf course. To help with bills, they rented the garage unit to Bernardo Martinez’s brother for $500 a month. “With the minimum wage, you can’t afford to pay a mortgage and food for everybody,” Tomasa Martinez said.

The point of informal housing is that it’s hard to see — it is built to elude zoning authorities or anyone else who might notice from the street.

Jake Wegmann, a professor of urban planning at the University of Texas at Austin, describes this as “horizontal density,” by which he means additions that make use of driveways and yard space, instead of going up a second or third floor. Because both the tenants and owners of these units don’t want to be discovered, there is essentially no advocacy on behalf of illegal housing dwellers, even though the number of tenants easily goes into the millions nationwide.