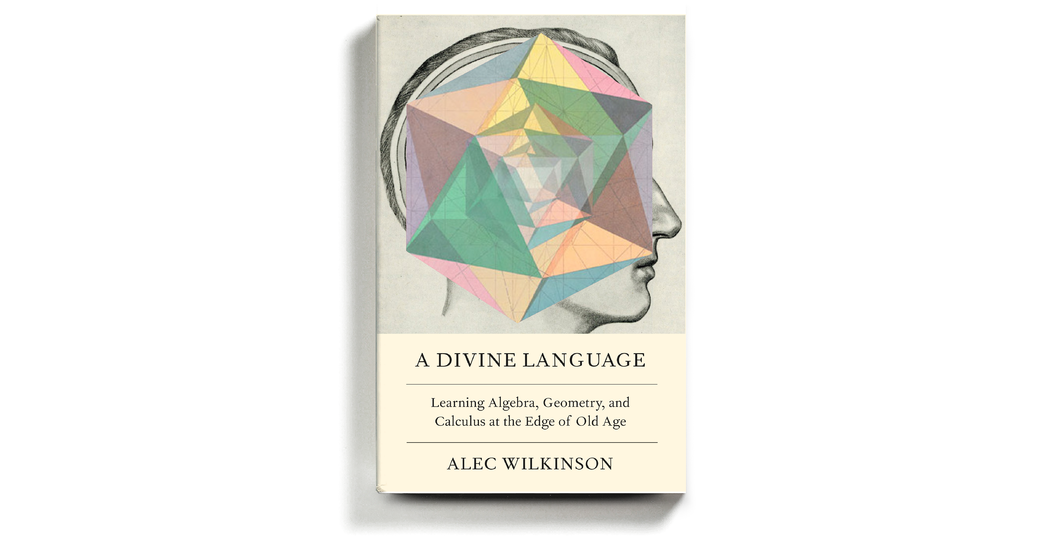 Mathematics is different. When Wilkinson doesn’t grasp a detail in a problem, he knows that he is missing something foundational. Sure, over the course of the year he may have obtained what he calls a “low-grade proficiency” at factoring polynomials and finding derivatives, but “simple competence didn’t resemble the capacity to have thoughts in another language.”

Still, even if he doesn’t particularly enjoy doing mathematics, he likes thinking about what mathematics is — whether it is something created or discovered, for instance, and how its practitioners remain preoccupied with beauty, or what Bertrand Russell called “a stern perfection.” Wilkinson notes how the harmonic structure in music is connected to mathematical forms. He reflects on the role of education, and whether mathematicians were simply taught better than most of us to recognize patterns, or whether they are differently equipped, neurologically speaking — perhaps like those animals that see more colors than we do.

Wilkinson introduces us to a few people: a mathematician who didn’t come up with his pioneering proof until he was 55; a game-theory savant who was the first person to win more than a million dollars at a poker tournament. But aside from soliciting the advice of his niece (who gets so exasperated that she stops answering some of his calls), Wilkinson spends much of his time in conversation with other books — by mathematicians like Russell and Euclid, but also by writers like Beckett, Joyce and Dostoyevsky.

As enjoyable as these bits are, Wilkinson can get so frustrated with the actual math part that I wondered at times at his refusal to talk to a tutor. “That’s against the rules that I had set for myself,” he writes. “It would be as if I had determined to build a house and was calling in a carpenter for the parts that were hard or seemed to be beyond my capacities. If I did that, I wouldn’t be able to regard my house as my own work.” This makes zero sense; it’s not as if the tutor would have done his math problems for him, let alone written this book. But I suppose that his own resistance to anything so straightforward is part of the point.

Because what Wilkinson achieves by the end isn’t so much a command over mathematics as some humility toward it — a willingness to accept it, despite his frustrations, in a kind of détente. He becomes more aware of “an unfolding, moment by moment, on an apparently spectacular scale of something that no force can interrupt, something that is perhaps force itself. A trembling quality to life, both fearsome and fragile, a pattern that even to a novice like me is as clear as the grain in a piece of wood.” The world seems bigger to him than it once did. He can sense new melodies, even if he doesn’t know all the words.