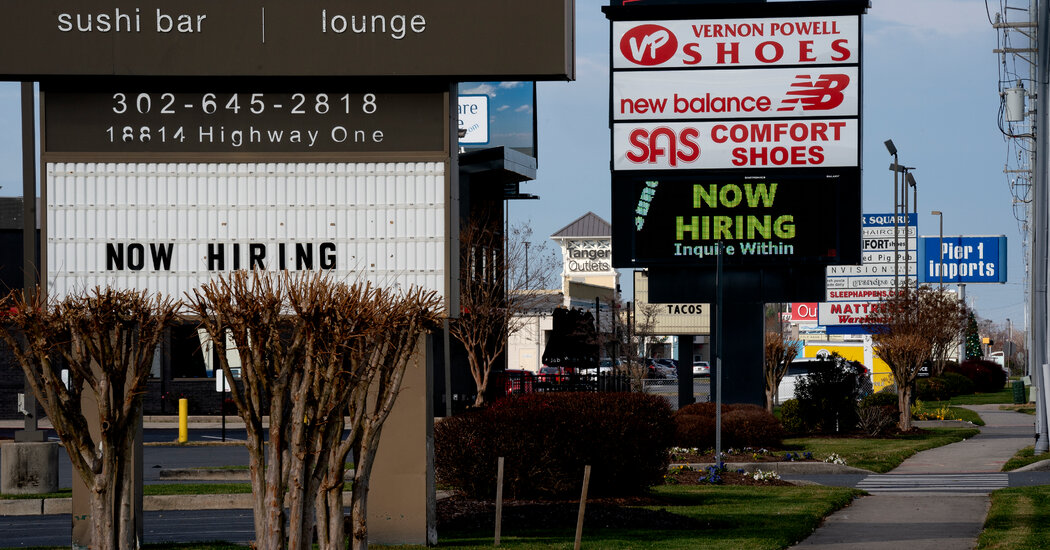 A record number of Americans quit their jobs in November, even as employers found it slightly easier to fill their open positions.

More than 4.5 million people voluntarily left their jobs in November, the Labor Department said Tuesday. That was up from 4.2 million in October and was the most in the two decades that the government has been keeping track. The rate of quitting has been especially high in hospitality and other low-wage sectors, where workers have been taking advantage of strong demand to look for jobs with better pay or working conditions.

There were 10.6 million job openings posted on the last day of November. That was down from 11.1 million in October, but still more than in any month before the pandemic began — and far more than the roughly seven million Americans looking for work.

“Employer demand is still extremely high, and the result of that is increased competition for workers,” said Daniel Zhao, senior economist at the career site Glassdoor. “That means more job openings, higher wages and more churn in the labor market.”

Competition for workers has led to faster wage growth this year, particularly for those changing jobs. Hourly wages for job switchers were up 4.3 percent in November on average, compared to a 3.2 percent gain for people who stayed in their jobs, according to data from the Federal Reserve Bank of Atlanta.

The data released Tuesday is from the Labor Department’s survey of job openings and labor turnover, known as JOLTS. On Friday, the department will release data from December on employment, unemployment and earnings, which most forecasters expect to show that job growth accelerated at the end of the year.

The data in both reports, however, predates the recent explosion of coronavirus cases across the country. The latest Covid-19 wave, linked to the Omicron variant of the virus, has forced airlines to cancel flights, businesses to delay return-to-office plans and school districts to return temporarily to remote learning. How that will affect the broader economy, Mr. Zhao said, remains unclear.

“The data that we’re getting now isn’t fully capturing the impact of Omicron,” he said.